WORLD US robbery, sanctions plunge most Syrians into poverty: experts

US robbery, sanctions plunge most Syrians into poverty: experts 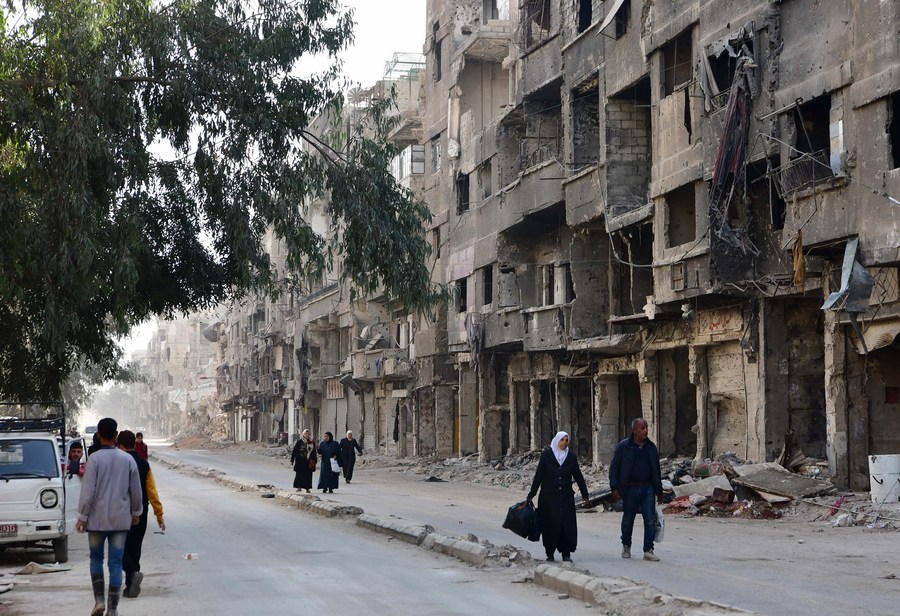 DAMASCUS, Sept. 26 (Xinhua) -- The U.S. plundering of Syrian oil resources, together with the suffocating unilateral sanctions imposed by Washington, has caused most Syrians to fall under the poverty line, experts have said.

Syrians have realized that the real purpose of U.S. presence here has never been about fighting terrorism, but stealing resources and imposing its own vision of the future on the Arab country.

"The U.S. role in Syria has been destructive, to say the least," political expert Osama Danura has said.

Syria's state news agency SANA reported on Sunday that over the past week alone, U.S. forces stole a total of 79 tankers of oil from Syrian oil fields in the northeastern province of Hasakah to U.S. bases in neighboring Iraq.

"One of the ugliest images of the U.S. violations of human rights in Syria was stealing oil derivatives from the national resources in Syria," said Muhammad al-Omari, another political expert.

After entering Syria in 2014, U.S. forces, under the pretext of fighting terrorist groups, were quick to seize oil-rich areas in northern and northeastern parts of the country, experts said.

They and their "mercenaries" were stealing an average of 66,000 barrels of oil per day in Syria whose average daily oil production is estimated to have reached 80,000 barrels in the first half of 2022, Syria's oil ministry said in a statement last month.

According to the ministry, U.S. practices in Syria have so far cost Syria's oil and gas sectors about 107.1 billion U.S. dollars in direct and indirect losses.

Apart from the loss of oil resources, the suffocating economic sanctions are an extra burden Syrians have to endure and live with amid a lack of most basic necessities.

In Danura's view, the U.S. sanctions are the main drive behind Syrians' falling into poverty.

"The unilateral sanctions are a U.S. practice that largely damaged the Syrian state. The Syrian people were deprived of their oil and food resources and in turn, the economic circle in Syria has been damaged by such unilateral measures," the analyst said.

Mekdad told a UN meeting via a video conference call from Damascus that the Syrian people are subject to an economic siege imposed by the United States and its Western allies.

The foreign minister urged the international community to help end the coercive economic sanctions and expel the illegal foreign forces in Syria.

The United Nations said in March that 90 percent of Syrians lived below the poverty line and more than 80 percent were food insecure.

Syrian families say they are eating less, cutting meals and going into debt to meet their basic needs.

According to Muhammad al-Omari, the U.S. forces "use the starvation tactic through stealing agricultural harvest or even burning the harvests or preventing the farmers from having access to their lands and thus this had posed a violation of human rights."

"The United States of America wanted to use the starvation tactic and to steal the Syrian resources, thus starving the Syrian people," he said.

Fuel is also in shortage, at a time when most Syrians are preparing for winter. They would have to live without enough heating and even with long hours of power cuts in the winter as a result of a scarcity of fuel. Industrialists also don't have enough fuel to run their factories, which is causing a steep decline in their production.