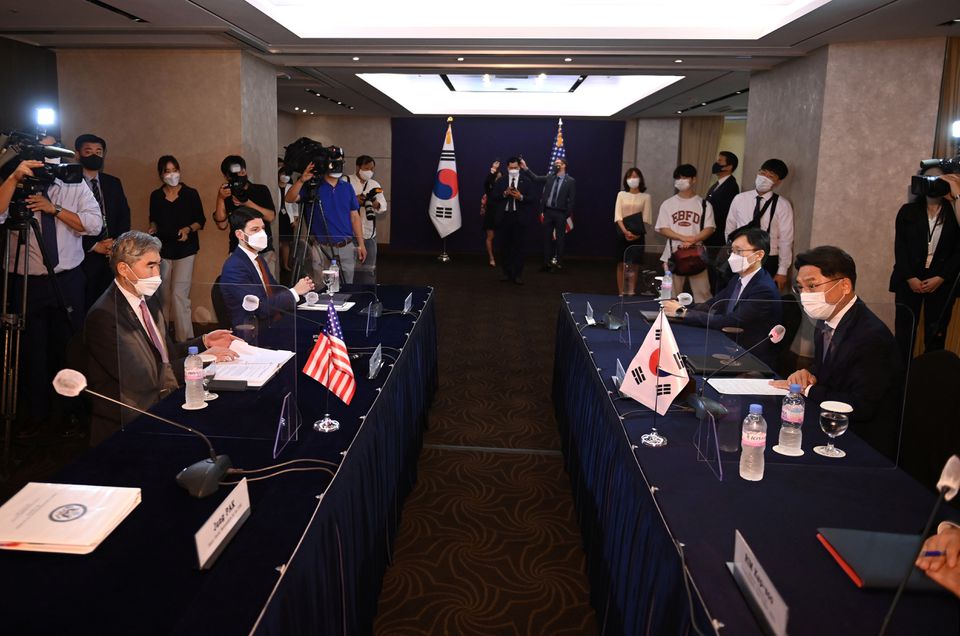 Sung Kim, US special representative for the DPRK, and his ROK counterpart Noh Kyu-duk agreed on Monday to "look into terminating the working group" while reinforcing coordination at other levels, the ministry said in a statement.

On Monday, Kim said he was pleased to meet with DPRK representatives "anywhere, anytime without preconditions" and that he looks forward to a "positive response soon." He was scheduled to meet with ROK Unification Minister Lee In-young, who handles relations with the DPRK, on Tuesday.

The working group was set up in 2018 to help the two allies coordinate their approaches to issues such as denuclearization talks, humanitarian aid, sanctions enforcement and inter-Korean relations amid a flurry of diplomatic engagement with the DPRK at the time.