US, ROK presidents discuss trying to maintain talks with DPRK

The two leaders agreed that the situation has become "severe" and that "dialogue momentum should be maintained to achieve prompt results from denuclearization negotiations," ROK's presidential Blue House said in a statement.

They also agreed to consult regularly as needed, the statement said.

Tensions are rising ahead of a year-end deadline set by DPRK, which has called on the US to change its policy of demanding unilateral denuclearization or leader Kim Jong Un may choose an unspecified "new path." 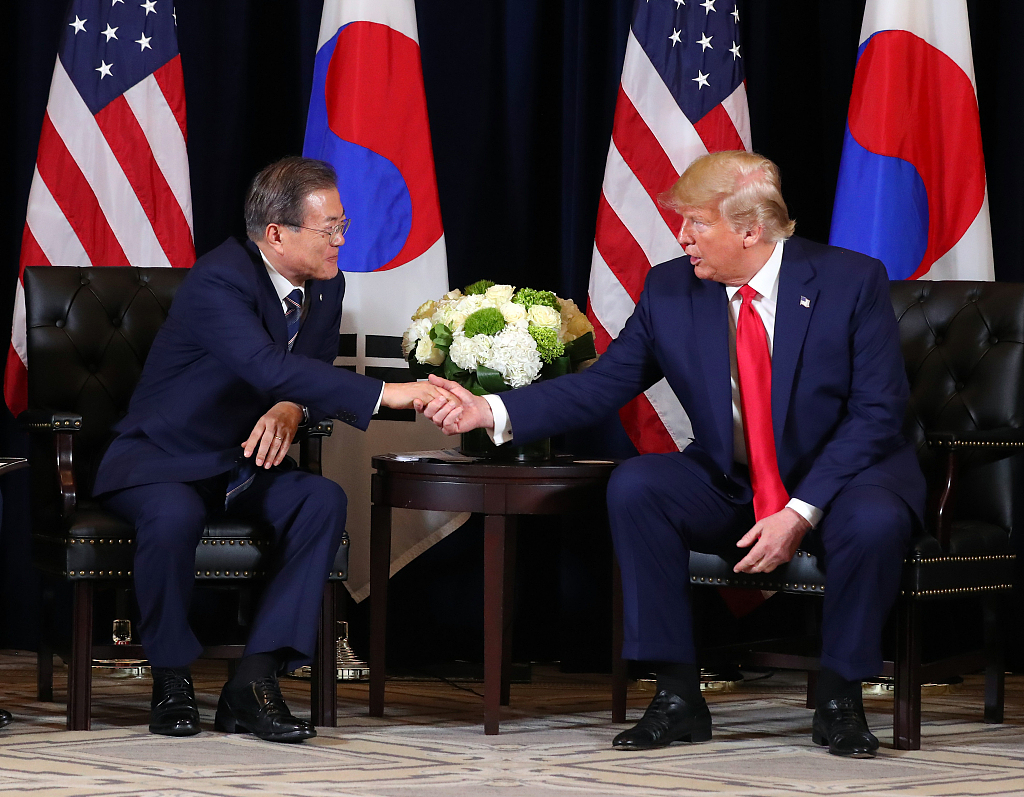 ROK President Moon Jae-in (L) shakes hands with US President Donald Trump during their talks at a hotel in New York, US, September 23, 2019. (Photo: VCG)

In a series of statements in recent weeks, senior DPRK officials have warned the United States not to ignore the deadline, and called Washington's offer of more talks a stalling tactic ahead of next year's US election.

Longtime allies, the United States and ROK are also in negotiations over how much each side will pay to fund the roughly 28,500 US troops stationed in ROK.

Trump has demanded that Seoul pay as much as four billion US dollars more per year, according to ROK officials, and a fourth round of talks ended in Washington on Wednesday with no agreement.

The Blue House said the cost-sharing dispute was not raised during Moon's call with Trump on Saturday.