The United States and the Republic of Korea (ROK) on Thursday reaffirmed their "shared commitment" to addressing the nuclear and ballistic missile issues of the Democratic People's Republic of Korea (DPRK), calling these issues a "priority" for the US-ROK alliance. 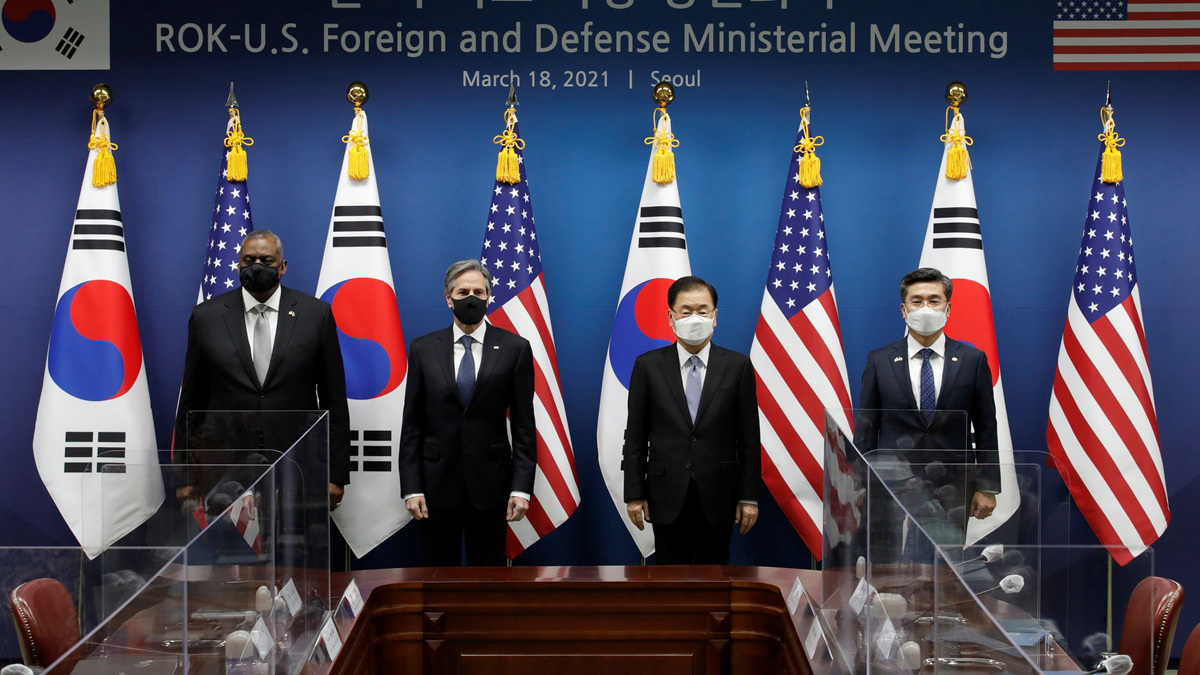 According to a joint statement of the US-ROK Foreign and Defense Ministerial meeting, the two sides agreed to address these issues in a "fully coordinated" way.

"To this end, they committed to maintain high-level consultations on the United States' ongoing North Korea (DPRK) policy review," the statement said.

Blinken said US President Joe Biden plans to complete the review of Washington's policy toward Pyongyang in the coming weeks.

Blinken and Austin also reaffirmed the US commitment to the defense of the ROK, the statement said.

The two sides stressed that their alliance "serves as the linchpin of peace, security and prosperity on the Korean Peninsula and the Indo-Pacific region," it said.

DPRK First Vice Foreign Minister Choe Son Hui on Thursday acknowledged that the United States had recently tried to initiate contact, but blasted the attempts as a "cheap trick" that would never be answered until Washington dropped hostile policies.

US-DPRK talks on denuclearization have stalled since a summit between then US President Donald Trump and DPRK leader Kim Jong Un in Hanoi collapsed more than two years ago.

Relations between Pyongyang and Seoul also worsened last year, with the DPRK blowing up the inter-Korean liaison office in the border city of Kaesong.