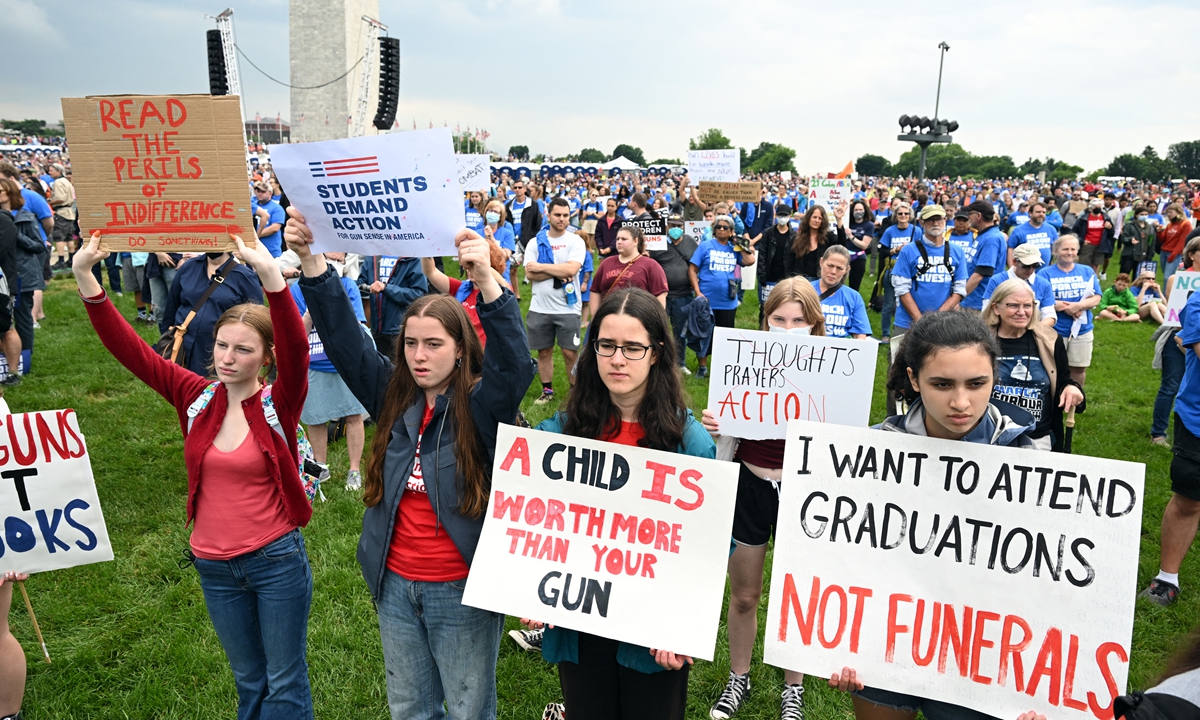 Thousands of gun control advocates join the "March for Our Lives" as they protest against gun violence during a rally near the Washington Monument on the National Mall in Washington DC, on June 11, 2022. (Photo: AFP)

During the same period, 13 of the 20 US counties with the most gun homicides per capita were rural, and 80 percent of these 20 counties are in states that received an "F" grade for their weak gun laws, according to Giffords Law Center to Prevent Gun Violence's 2021 annual state scorecard rankings.

"Southern and Midwestern states, such as Arizona, Arkansas, and Missouri, have drastically contributed to the more than 100-fold relative increase in gun homicide rates from 2014 to 2019," said the report.

Many of the Southern states where gun violence has spiked have weaker gun laws, according to Everytown for Gun Safety.