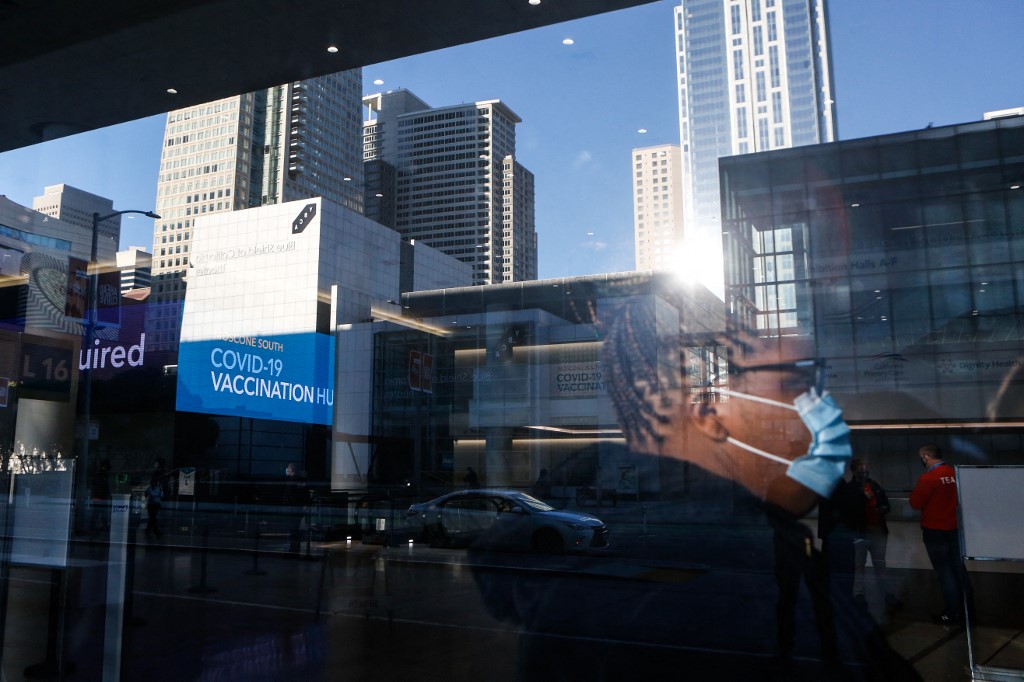 Downtown San Francisco is reflected in a window at the mass vaccination site that opened in at San Francisco's Moscone Convention Center today to healthcare workers and people over 65 on February 5, 2021 in San Francisco, California. (Photo: AFP)

San Francisco plans to allow up to the maximum capacity of 35 percent for indoor ticketed and seated events and performances with an approved Health and Safety Plan, so long as California's social distancing guidelines can be maintained, and all participants keep their masks on except when eating or drinking in their assigned seats and show proof of vaccination or a negative COVID-19 test, the announcement said.

For venues operating at 15 percent capacity or less, with no more than 200 people, an approved Health and Safety Plan and proof of vaccination or a negative test will not be required.

"We know that much of what makes San Francisco special are the live performances and events where people can come together for music, sports and cultural performances, and graduations," said Breed. "We've all been missing these events over last year, and we are excited for this step and what lies ahead, but we all need to keep doing our part to put safety first."

Key criteria for the resumption and continuation of indoor live performances, events, and meetings and expansion of social gatherings will be a stable or declining rate of new COVID-19 cases and hospitalizations, according to the announcement.

As public health officials continue to monitor San Francisco's health indicators, the city may need to pause or roll back activities if data suggests that COVID-19 cases are significantly increasing within the community again, added the announcement.

San Francisco is averaging 37 new cases a day and has been maintaining a stable average of between 30 and 40 new daily cases since early March 2021. With the growing prevalence of variants in the Bay Area, public health officials are closely monitoring any changes to cases that may indicate increasing contagion.

"As we have seen in other parts of the country and in Europe, the threat of a fourth surge fueled by variants is one we need to take seriously," said the city's Director of Health Grant Colfax.