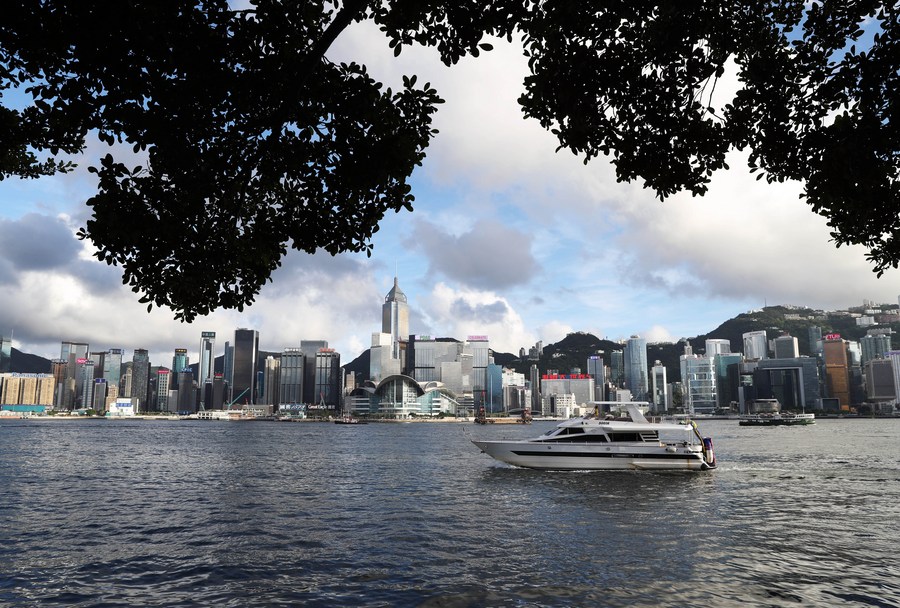 The spokesperson for the Hong Kong and Macao Affairs Office of the State Council expressed strong indignation and condemnation against the so-called sanctions as well as the rumors the U.S. side spread on Hong Kong's business environment.

Over the past year, Hong Kong's major economic indicators have all registered substantial growth, with international investors widely agreeing that, since the national security law was implemented, Hong Kong's status as an international financial center has been more stable and its business environment has been improved, the spokesperson said.

The so-called sanctions will not impact the Chinese government's resolute determination to safeguard its national sovereignty, security and development interests, as well as Hong Kong's prosperity and stability. Nor will they shake Chinese officials' firm will to defend their national interests and perform their duties, said the spokesperson. On the contrary, such acts have further exposed the nature of U.S. hegemony and power politics.

The United States has no right to interfere in China's internal affairs, the spokesperson stressed, adding that the repeated sanction tricks by the United States are futile.

The spokesperson voiced firm belief that these acts will only backfire and accelerate the downfall of U.S. proxies in Hong Kong, namely the people who antagonize China and disrupt Hong Kong.