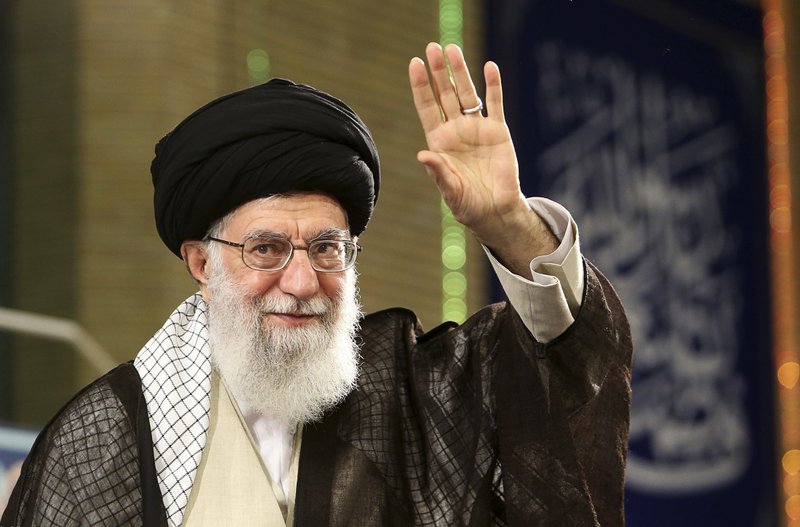 In this picture released by official website of the office of the Iranian supreme leader, Supreme Leader Ayatollah Ali Khamenei waves to the crowd during his meeting with a group of labors in Tehran, Iran, Monday, April 30, 2018. (Photo: AP)

WASHINGTON, Nov. 4 (Xinhua) -- The US government announced on Monday that it had imposed sanctions on Iran's Armed Forces General Staff and nine individuals who are related to Iran's supreme leader Ayatollah Ali Khamenei.

The action, which targets Khamenei's appointees in the Office of the Supreme Leader, the Expediency Council, the Armed Forces General Staff, and the Judiciary, seeks to block funds from flowing to a network of Khamenei's military and foreign affairs advisors, the statement said.

According to the statement, all property and interests in property of those individuals that are subject to US jurisdiction will be blocked, and US persons are generally prohibited from engaging in transactions with them.

Any foreign financial institution that knowingly conducts or facilitates a significant transaction for or on behalf of them would also face punishment by the US government.

Following its unilateral exit from the 2015 Iran nuclear deal last year, Washington has been piling up pressure on Tehran through a series of sanctions to force it to return to negotiations. Iran, however, maintains a tough stance and vows to retaliate against the United States' anti-Iran moves.

This latest sanction coincides with the 40th anniversary of the seizure of the former US embassy in Tehran.

Iranian students stormed the US embassy in Tehran on Nov. 4, 1979, and its personnel were taken hostage for 444 days. The United States broke off diplomatic relations with Iran in 1980, and the ties between the two countries have since remained severed.