US sanctions may hit SMIC, but American companies suffer more

Chinese chipmaker Semiconductor Manufacturing International Corporation (SMIC) admitted on Sunday night that some of its suppliers have been restricted by US export control regulations, and given the uncertainties in US equipment supplies, its business may be affected. 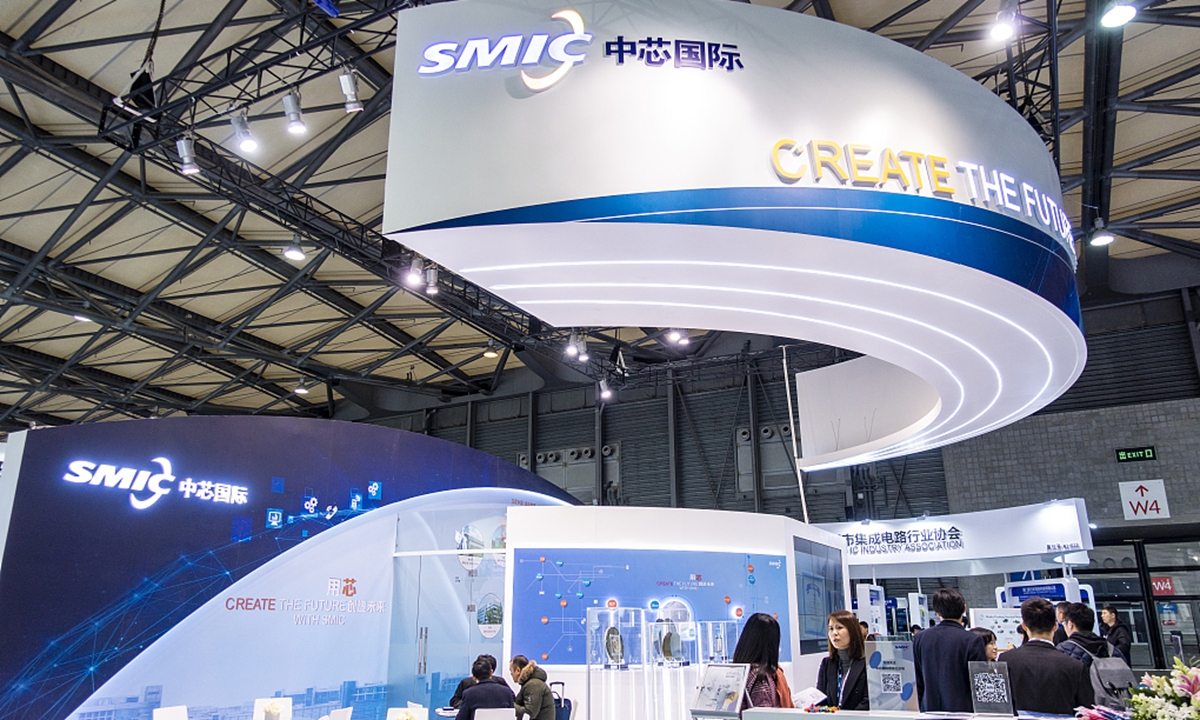 Observers warned that the latest US sanction on SMIC may make US companies suffer more. Its move sent a new warning to Chinese companies that making compromises won’t lead to any concessions from the US, and China may release an unreliable entity list in response to US hegemony.

SMIC said in a statement on Sunday that the US Bureau of Industry and Security (BIS) has informed some of SMIC’s suppliers to further limit exports of US equipment, accessories and materials to the company. Exports will require a permit.

Citing a letter the US Department of Commerce sent to various companies, the Financial Times reported that the US has imposed sanctions on SMIC, claiming that exports to the Chinese firm posed an "unacceptable risk" of being diverted for "military use."

In response, SMIC said in a release on September 27 that it did not receive any official notification that it had been sanctioned by the US government, reiterating that the company has no relationship with the Chinese military as the US has claimed.

SMIC also stressed in the Sunday statement that the company has abided by local laws and regulations.

The US sanctions may make it difficult for SMIC to acquire manufacturing equipment and materials, but it’s estimated the company’s inventory can sustain six months, Xiang Ligang, director-general of the Beijing-based Information Consumption Alliance, told the Global Times.

As one of SMIC’s clients, Huawei may also be affected by the US sanctions. However, US companies, including Intel and Qualcomm, may suffer more than Chinese companies, Xiang said.

The latest sanctions on SMIC shows that the US wants to suppress Chinese tech firms and chipmaking companies, but it may not get what it wants. For example, although the US is trying hard to squeeze Huawei, some US companies still get permits to maintain their business with Huawei. The same thing may happen to SMIC, and the upcoming US presidential election has also created uncertainties, Xiang said.

Xiang also said that the US sanctions may push Huawei to cooperate with SMIC, and the two companies can collaborate to achieve a breakthrough.

The sanctions on SMIC are another desperate move of the Trump administration to apply pressure to score political points ahead of the November election, as the Trump administration has realized that the crackdown on Chinese firms, including Huawei, WeChat and TikTok, has not generated a "big windfall," analysts said, noting that China’s highly anticipated unreliable entity list may be released soon.

The prolonged supply period and uncertainties on US exports may have a major negative impact on the company’s future businesses and operations, SMIC said in the statement.

SMIC said it has been in touch with the BIS on the export control regulation, and will talk with related departments in the US.