US sanctions on Russia for poisoning ex-spy amid heightening tensions 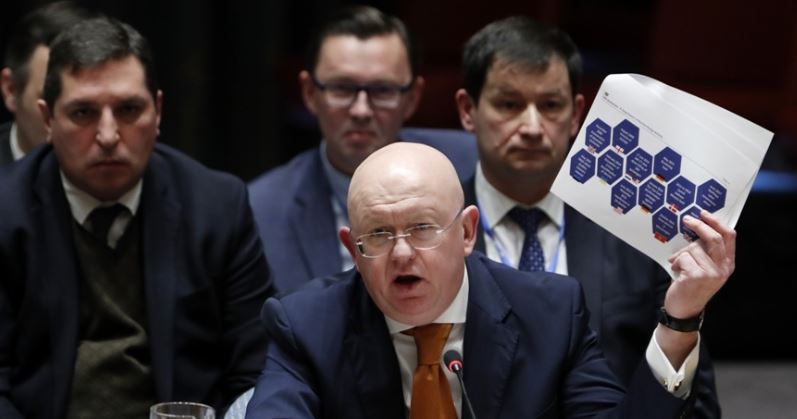 WASHINGTON, Aug. 24 (Xinhua) -- US Federal Register said on Friday that the US sanctions on Russia over the alleged poisoning of a former Russian spy will take effect on Aug. 27.

According to a notice published on the website of Federal Register, a daily catalogue of actions and regulations at government agencies, the State Department planned to announce the sanctioning measures by then, which will terminate US foreign assistance and some arms sales and financing to Russia.

In the notice, Christopher A. Ford, assistant secretary of state, said that the State Department has determined pursuant to the Chemical and Biological Weapons Control and Warfare Elimination Act of 1991 that "the Government of the Russian Federation has used chemical weapons in violation of international law or lethal chemical weapons against its own nationals."

Particularly, the US side will target "foreign assistance, the licensing of defense articles and services, and the licensing of national security-sensitive goods and technology" concerning Russia, according to the notice.

Russia's credit, credit guarantees or other financial assistance provided by US government agencies will be denied, US export of security-sensitive goods and technology to Russia will also be prohibited, and all foreign military financing for Russia will be terminated.

However, the Department of State "has determined and certified to Congress" that it is essential to the US national security interests to "partially" waive the application of the sanctions regarding the issuance of licenses some areas, and their licenses shall be issued "on a case-by-case basis and consistent with export licensing policy for Russia."

Government space cooperation, commercial space launches and areas covering commercial aviation safety would be exempted from the sanctions. The notice explained that these areas are "essential to the national security interests of the United States" and shall be issued on a case-by-case basis.

Sanctions will also be waived in cases of deemed exports/reexports to Russian nationals, wholly-owned US subsidiaries and commercial end users in Russia, Russian state-owned or state-funded enterprises, "provided that such licenses shall be issued on a case-by-case basis."

US urgent humanitarian assistance to Russia will also be exempted.

This document was scheduled to be published in the Federal Register on Aug. 27, 2018 and available online.

Former Russian double agent Sergei Skripal, aged 66, and his daughter Yulia were found unconscious on a bench outside a shopping center in Britain's southwestern city of Salisbury on March 4. Britain claimed the pair was exposed to a nerve agent and holds Russia responsible, while the Russian government has denied any involvement in it and demanded direct participation in the investigation.

The US State Department said on Aug. 8 that the country will impose new sanctions on Russia over the case.

"These sanctions will take effect upon publication of a notice in the Federal Register, expected on or around August 22, 2018," said State Department spokesperson Heather Nauert.

Moscow has repeatedly said that it reserves the right to take additional countermeasures against US diplomatic properties in Russia if Washington continues hostility.

Kremlin spokesman Dmitry Peskov also said that the upcoming US sanctions are "unfriendly" and "illegal," and will hurt broader international trade.