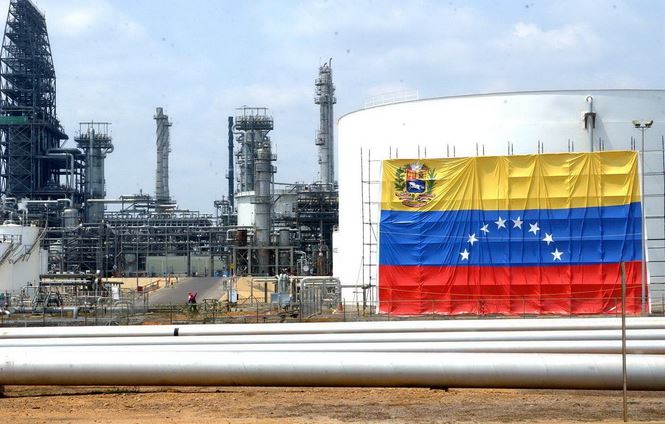 WASHINGTON, Feb. 18 (Xinhua) -- US government announced on Tuesday that it had imposed sanctions against a subsidiary of Russian oil producer Rosneft and its president due to their alleged support for Venezuela in sanctions evasion.

The designated targets were Rosneft Trading S.A., a subsidiary of the Russian state-controlled Rosneft Oil Company, and its President Didier Casimiro, according to a statement issued by the Department of the Treasury.

"Rosneft Trading S.A. and its president brokered the sale and transport of Venezuelan crude oil," said Treasury Secretary Steven Mnuchin in the statement.

The statement noted that all property and interests in property of the blacklisted targets are blocked. Meanwhile, the Treasury also issued a general license that allows companies to wind down their transactions with Rosneft Trading S.A.

The United States has been pursuing a policy of economic sanctions and diplomatic isolation against the Maduro government in support of opposition leader Juan Guaido.

The sanction came amid increasing competition between the United States and Russia over the Venezuela issue. US President Donald Trump's reception of Guaido at the White House earlier this month was closely followed by Russian Foreign Minister Sergei Lavrov's visit to Venezuela.

"We have agreed on our path of future work, to deepen economic cooperation of investments in other areas, despite illegitimate sanctions," Lavrov said after meeting with Venezuelan President Nicolas Maduro on Feb. 7.