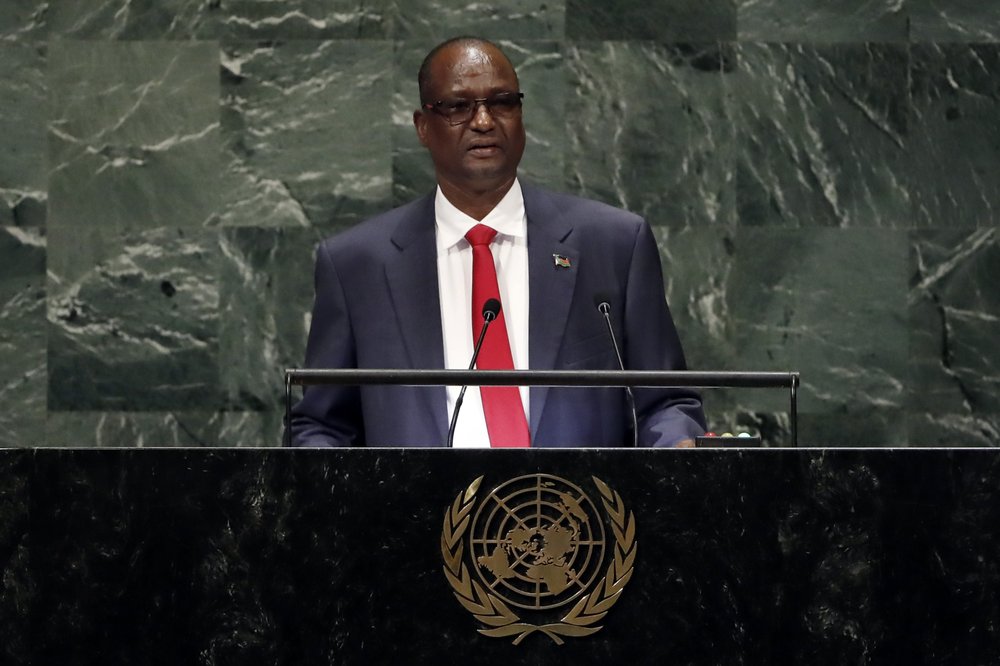 It is one of the sharpest actions taken by the US against South Sudan’s government amid Washington’s frustration over the country’s failure to achieve a stable peace after its civil war.

The Treasury Department statement asserted that Deng was involved in the disappearance and deaths of human rights lawyer Samuel Dong Luak and opposition member Aggrey Idry in 2017. It also asserted that he has acted to divide the armed opposition in South Sudan, extending the country’s five-year civil war that killed nearly 400,000 people.

In a response to the US announcement, the press secretary for Deng, Agel Machar, told The Associated Press the sanctions “are as unfortunate as they are misplaced,” noting his former role as a chief peace negotiator for the armed opposition.

Deng also has willingly accepted to step aside from his role as first vice president for the sake of peace, the press secretary said, to make way for opposition leader Riek Machar.

The US is among the countries pressuring Machar and President Salva Kiir to form a coalition government with Machar as deputy. A deadline for that looms next month after the parties failed to make one in November.

More than 50 days into the 100-day extension, the US statement said, “there have been no concrete steps to create the security conditions conducive to implementing a peace deal.” It added that the US “will continue to apply pressure on the senior leadership of South Sudan to take concrete measures to bring peace and stability to the country.”

The US, which backed the fight for South Sudan’s independence from Sudan, achieved in 2011, has been increasingly frustrated by the inability of Kiir and Machar to reach a lasting peace. Meanwhile, the government faces widespread accusations by critics of mismanagement and corruption.

“Today’s action represents a significant and important ratcheting up of US financial pressure designed to break the impasse in South Sudan and hold those impeding peace accountable,” John Prendergast, co-founder of The Sentry, said in a statement. The Washington-based investigative group has often reported on alleged corruption by South Sudanese officials.

“Over the past two years, the United States has sustained a campaign of pressure that is now appropriately directed at senior officials like Taban Deng, who have benefited financially and politically from conflict. These measures should continue until lasting peace is realized,” Prendergast said.