US, Saudi Arabia agree on 'thorough' investigation of journalist's disappearance 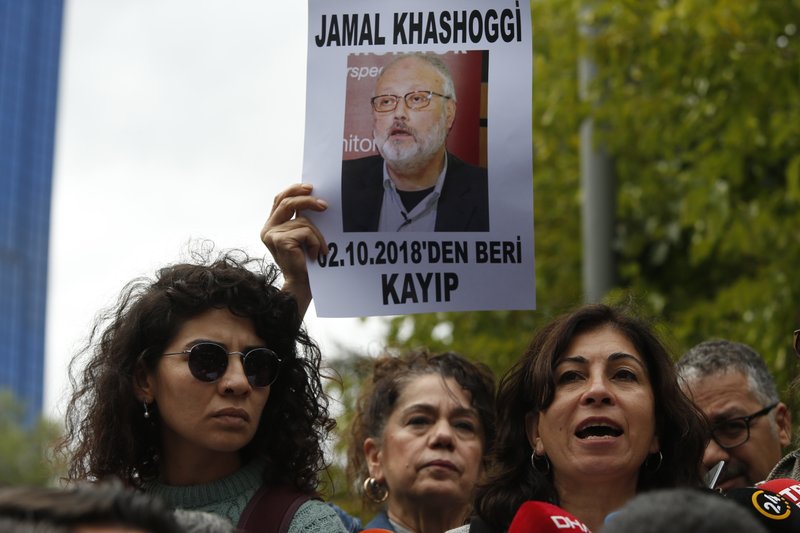 WASHINGTON, Oct. 16 (Xinhua) -- The US State Department said here on Tuesday that Secretary of State Mike Pompeo agreed with Saudi Arabia on the importance of conducting a "thorough, transparent, and timely" investigation of the disappearance of journalist Jamal Khashoggi.

According to a statement issued by State Department spokesperson Heather Nauert on Tuesday, Pompeo met earlier with Saudi King Salman bin Abdulaziz Al Saud in Riyadh during his stay in Saudi Arabia.

Pompeo thanked the king for Saudi Arabia's strong partnership with the United States, Nauert said, adding that the two leaders had discussed a number of regional and bilateral issues.

Pompeo "also thanked the King for his commitment to supporting a thorough, transparent, and timely investigation of Khashoggi's disappearance," the statement read.

In a separate statement issued on the same day, Nauert said Pompeo had also met with his Saudi counterpart Adel al-Jubeir.

He reiterated US concern over Khashoggi's disappearance, Nauert said, adding that both foreign ministers had "agreed on the importance of a thorough, transparent, and timely investigation."

Also in Saudi Arabia on Tuesday, Pompeo met with Saudi Crown Prince Mohammed bin Salman, when he "reiterated the President's concern" over Khashoggi's disappearance, as well as "the President's desire to determine what happened."

Pompeo welcomed Saudi Arabia's support of the Turkish authorities' investigation, the State Department said, noting that both agreed on the need for an investigation "that provides answers."

The case of Khashoggi, a journalist and columnist for The Washington Post, has become a major source of tension between the Kingdom and the West.

Khashoggi has been missing since he entered the Saudi Consulate in Istanbul on Oct. 2.

Unconfirmed reports said that Khashoggi was likely killed inside the compound, a claim denied by Saudi officials as "baseless."

Earlier on Monday, investigators entered the Saudi consulate in Istanbul. A Saudi delegation reportedly had entered the consulate one hour before the Turkish police arrived and appeared still to be inside as the search was conducted.

A latest AP report said that the Turkish police had found evidence in Saudi consulate that Khashoggi was killed there.

Also on Tuesday, US President Donald Trump denied having any financial interests with the Saudi side, to which the US media had attributed the president's ambiguity towards the case.

Last week, Trump said during an interview that he will impose severe punishment if Saudi Arabia is confirmed to be behind Khashoggi's alleged death.

However, he refused to list what measures he would take, only saying that he would not choose to impose sanctions on the country for fear of losing its military sales orders with US companies.

On Monday, Trump went on to say that "rogue killers" could be responsible for the disappearance, as Saudi king had denied having any information about Khashoggi's case during his call with Trump.

"I mean, who knows? We're going to try getting to the bottom of it very soon, but his was a flat denial," he said. "It sounded like he, and also the Crown Prince, had no knowledge."

Saudi Arabia on Sunday warned against any threats to exert economic sanctions or political pressure on the kingdom, saying it will respond with greater action given the kingdom's outsized role in the global economy.

US media reported on Monday that Saudi Arabia would admit that the disappearance and alleged death of Khashoggi was the result of an interrogation gone wrong.

A report by CNN quoted two sources as saying that the Saudi side is preparing a report to acknowledge that the interrogation of Khashoggi had been intended to abduct him from Turkey, but went wrong and lead to his death.

The Saudi report would likely conclude that the operation was carried out without clearance and transparency and that those involved will be held accountable, CNN reported.

It added that the report was still being prepared and things could change.

France, Germany and Britain on Sunday expressed concerns over the case, calling for "a credible investigation" into the incident.

In a joint statement, the top diplomats of the three European countries stressed that "all the light must be shed on the disappearance of ... Khashoggi," and that "there needs to be a credible investigation to establish the truth about what happened, and, if relevant, to identify those responsible ... and ensure that they are held to account."