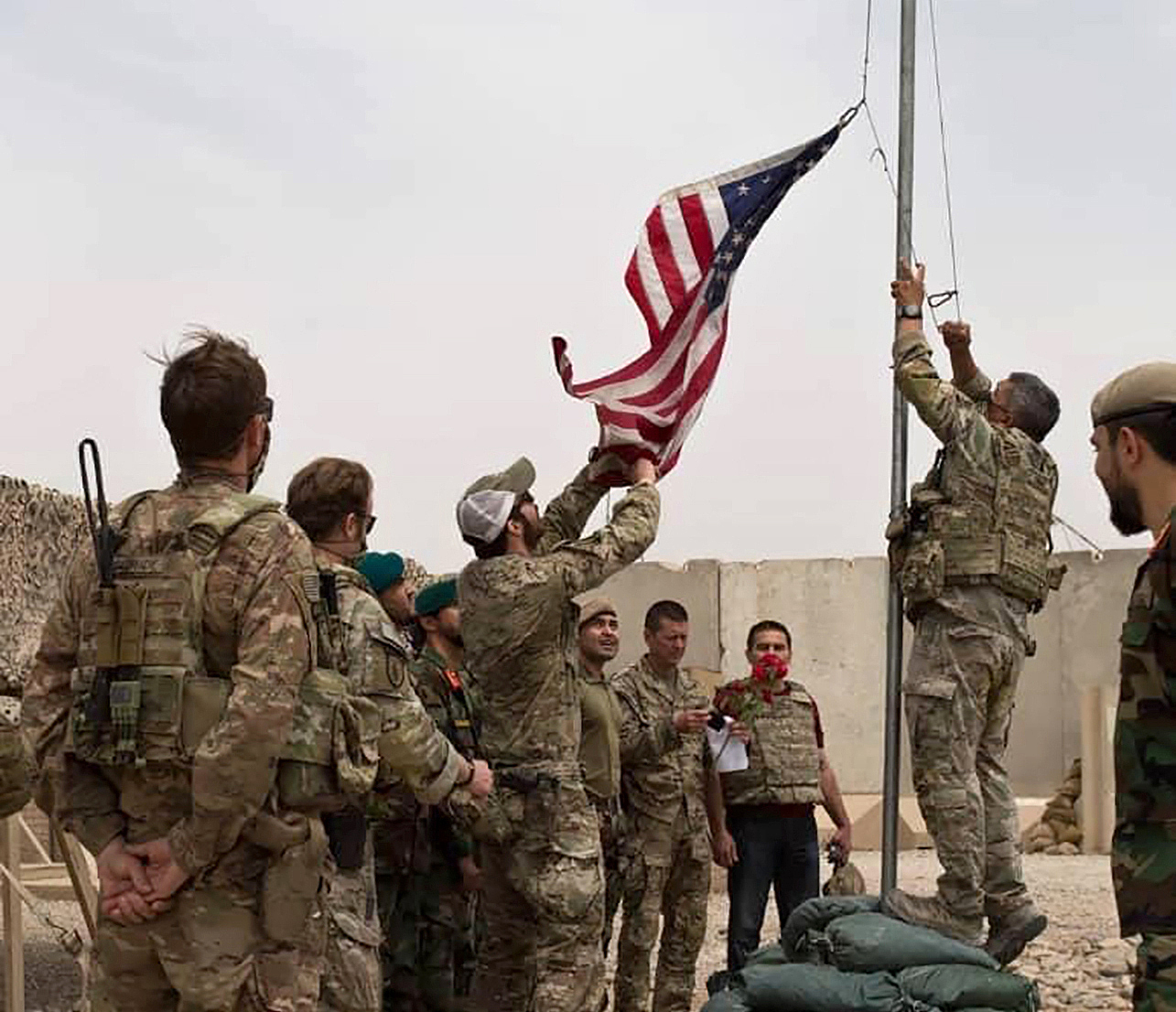 A U.S. flag is lowered as American and Afghan soldiers attend a handover ceremony from the U.S. Army to the Afghan National Army, at Camp Anthonic, in Helmand province, southern Afghanistan, May 2, 2021. (Photo: Reuters)

The U.S. has completed about half of its withdrawal from Afghanistan, U.S. Central Command (CENTCOM) head General Kenneth McKenzie said on Monday.

"We've completed about half of the entire retrograde process and we will meet the September deadline to complete the full withdrawal from Afghanistan," he said in a call with reporters. "We are on pace and it is continuing very smoothly."

He also urged the Afghan government and the Taliban to resume talks, noting the coming months would be critical for Afghanistan's future.