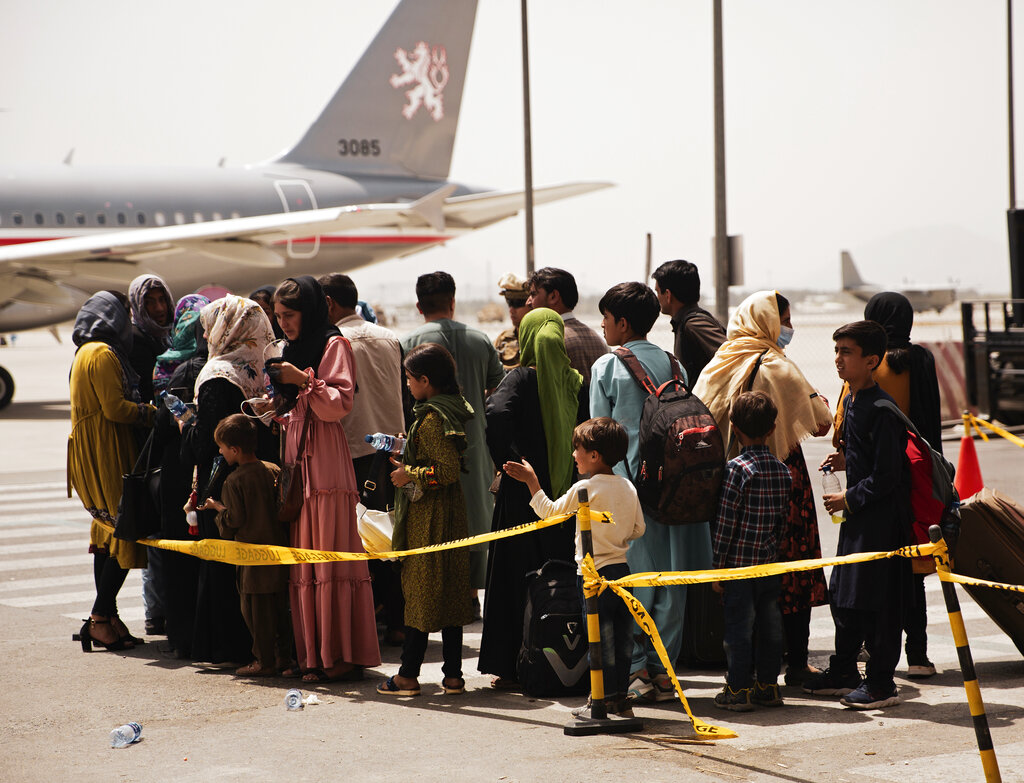 In this photo provided by the U.S. Marine Corps, civilians prepare to board a plane during an evacuation at Hamid Karzai International Airport, Kabul, Afghanistan, Wednesday, Aug. 18, 2021. (Photo: AP)

It added that in the last 24 hours, the U.S. military facilitated the departure of 11 charter flights, and that those numbers were not included in the other totals.