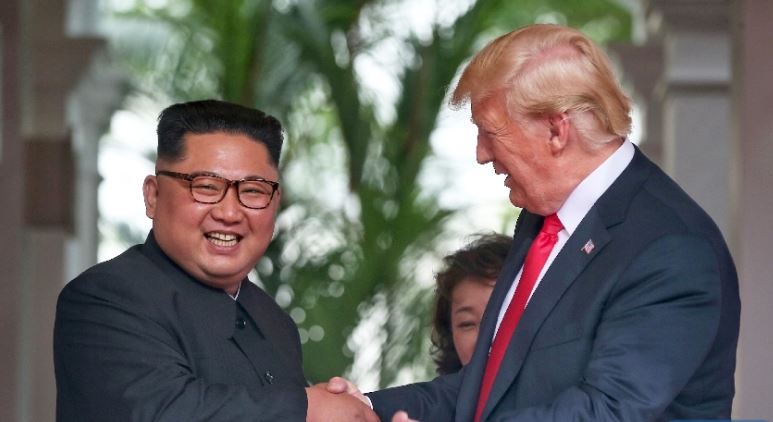 US State Department spokesperson Heather Nauert said here Wednesday that the denuclearization of the Korean Peninsula shall happen before the United States signs a war-ending declaration with the Democratic People's Republic of Korea (DPRK).

In a press briefing, Nauert said that "we believe that denuclearization has to take place before we get to other parts."

US media reported earlier that the signing of a joint declaration to formally end the Korean War was one of the verbal agreements between US President Donald Trump and the DPRK's top leader, Kim Jong Un, when they met on June 12 in Singapore.

Nauert added that Stephen Biegun, new US special envoy for the DPRK, will travel to the region "sometime probably within the next several weeks or so to meet some of his counterparts in other countries."

"Whether or not he ends up going to North Korea at some point, I'm not going to forecast that," she noted.

Last week, US Secretary of State Mike Pompeo said he and Biegun will travel to Pyongyang "to make further diplomatic progress towards our objective."

However, Trump tweeted a day later that he asked Pompeo to cancel the trip, citing the lack of progress on the peninsula's denuclearization.

Besides the pace and scale of denuclearization, Washington and Pyongyang have also disagreed on whether to issue a war-ending declaration.

The DPRK has argued that such a document is the first step towards peace on the peninsula, whereas Washington has said it is too early to discuss the topic.

At the conclusion of the historic Trump-Kim summit in June, the two sides issued a joint statement, in which they agreed to improve bilateral relations and work together to build a lasting and stable peace regime on the peninsula.