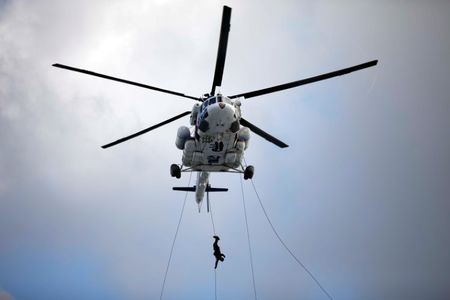 A member of Special Weapon and Tactics (SWAT) rappels down during an anti-terror drill as a part of the Ulchi Freedom Guardian exercise in Goyang, South Korea August 21, 2017. (File Photo: Reuters)

The US and South Korea have agreed to indefinitely suspend two exchange program training exercises to support diplomatic negotiations with North Korea, the Pentagon said Friday.

"To support implementing the outcomes of the Singapore Summit, and in coordination with our Republic of Korea ally, Secretary Mattis has indefinitely suspended select exercises," spokeswoman Dana White said.

In addition to suspending the Freedom Guardian exercise, which was previously announced, two Korean Marine Exchange Program training exercises scheduled to occur in the next three months have been shelved, White said, adding: "additional decisions will depend upon the DPRK continuing to have productive negotiations in good faith."