WORLD US says Taliban 'businesslike and professional' in Afghan evacuation

US says Taliban 'businesslike and professional' in Afghan evacuation 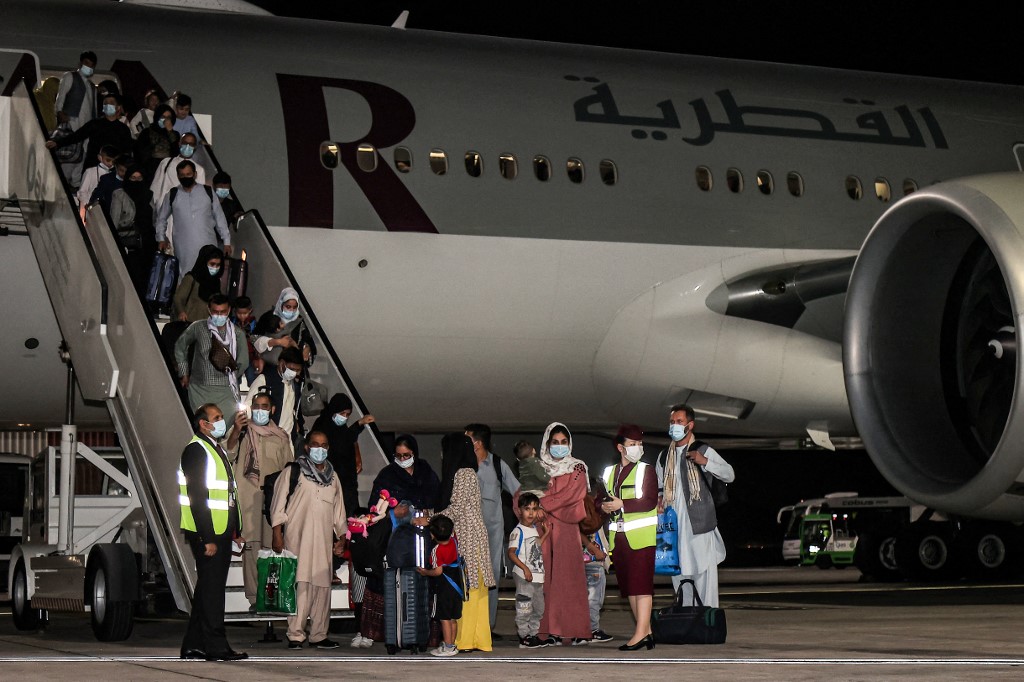 Evacuees from Afghanistan, including US citizens, arrive at Hamad International Airport in Qatar's capital Doha on the first flight carrying foreigners out of the Afghan capital since the conclusion of the US withdrawal last month, September 9, 2021. (Photo: AFP)

The United States on Thursday praised the Taliban as businesslike and cooperative in facilitating the first evacuation of Americans from Afghanistan since the US military withdrawal.

"The Taliban have been cooperative in facilitating the departure of American citizens and lawful permanent residents on charter flights from HKIA," she said in a statement, referring to Kabul's Hamid Karzai International Airport.

"They have shown flexibility, and they have been businesslike and professional in our dealings with them in this effort."

Nearly 40 US citizens or permanent residents were invited to board the flight but only 21 were on board, State Department spokesman Ned Price said in a tweet late Thursday.

"Of course we would like to see more such flights," he had said earlier. "We have heard public statements that more, in fact, may be forthcoming."

The United States had previously said that a little more than 100 Americans were believed to remain in Afghanistan after President Joe Biden ended the 20-year military mission in August.

Price said that most Americans remaining had connections in Afghanistan and had to make "wrenching" decisions on whether to leave and did not need to decide now.

"This opportunity doesn't expire if they turn it down one day, if they change their mind the next or even next year," Price said.

A round-the-clock airlift in the final two weeks of the war shuttled more than 123,000 people, including most Americans in Afghanistan.

Horne said the United States "facilitated" Thursday's departure of Americans from Afghanistan and thanked Qatar for its role in the effort.

"We have been working intensely" to ensure the safe departure, and the flight is the result of "careful and hard diplomacy and engagement," she said.

The flight comes two days after Secretary of State Antony Blinken visited Qatar, the transit point for around half of the people airlifted from Afghanistan.

Biden and his administration have come under fierce criticism for having left Americans at the mercy of the Taliban.

But they added in a joint statement that "it was inexcusable that the Biden administration allowed a terrorist regime to dictate the terms of allowing Americans to leave on their own with their families."

"The United States does not take orders from terrorists," they said.

Former president Donald Trump's administration reached the agreement with the Taliban to withdraw troops and froze efforts to let Afghan allies immigrate to the United States.