WORLD US says to withdraw from INF treaty "in due course"

US says to withdraw from INF treaty "in due course"

At a press conference following talks with Russian President Vladimir Putin, Bolton said that the INF Treaty was "outmoded, being violated and being ignored by other countries." 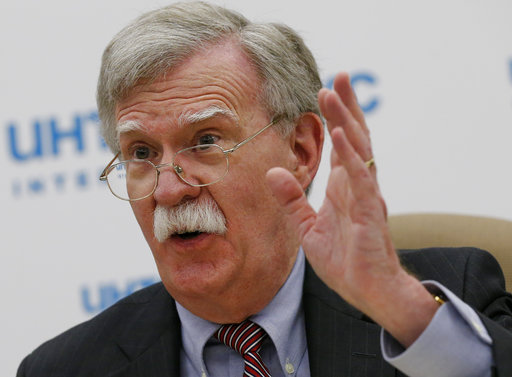 US National security adviser John Bolton gestures as he speaks to the media after his talks with Russian President Vladimir Putin in Moscow, Russia, Tuesday, Oct. 23, 2018. (Photo:AP)

"It is the American position that Russia is in violation. It is Russia's position that they are not in violation. So one has to ask: how do you convince the Russians to come back into compliance with obligations they don't think they are violating," he said, according to broadcast by the Tass news agency.

On Saturday, US President Donald Trump said that Washington would pull out of the INF Treaty on account of Russia's alleged breach of the agreement. Moscow warned against a new nuclear arms race but also said it was open to participating in talks on how to preserve the existing agreement.

Speaking of the concerns that the withdrawal might lead to an arms race, Bolton said the rhetoric is "overheated," citing the US withdrawal from the anti-Ballistic Missile Treaty in 2001.

He also implied that he was not positive about the possibility of extending INF Treaty to include other countries.

The treaty was signed in 1987 between the Soviet Union and the United States on the elimination of intermediate-range and shorter-range missiles. The deal marked the first-ever pact reached by Washington and Moscow on nuclear disarmament and a major step forward in restricting arms race.

Moscow and Washington have been accusing each other of violating the arms control agreement in recent years amid increasing tension between the two countries.