MOSCOW, Aug. 10 (Xinhua) - The United States must address domestic challenges caused by COVID-19 rather than put all its efforts into looking for scapegoats to blame for its own problems, according to Director General of the Russian International Affairs Council (RIAC) Andrey Kortunov. 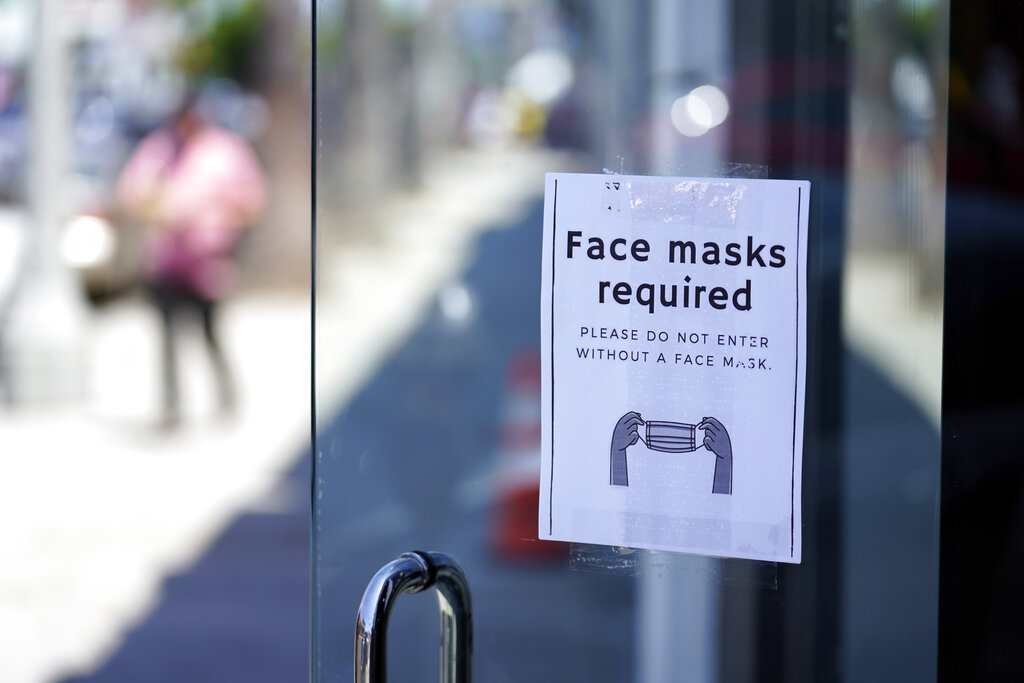 A sign advises shoppers to wear masks outside of a story Monday, July 19, 2021, in the Fairfax district of Los Angeles. Los Angeles County has reinstated an indoor mask mandate due to rising COVID-19 cases. (Photo: AP Photo)