US scholar says Trump administration's tariffs take toll on own side 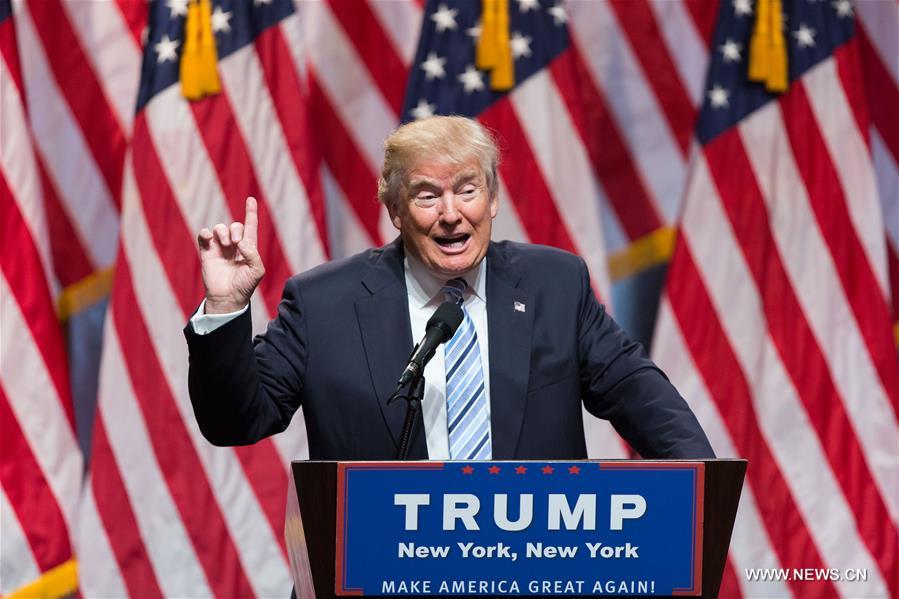 The Trump administration has a wrong view on trade, and its protectionist measures will take their toll on American manufacturers, farmers and consumers, a US scholar has said.

Washington-initiated trade tensions have been running high since it unilaterally announced tariffs on imports, including steel and aluminum, which have met with retaliatory measures from its trading partners.

"The main contributor to the situation is just economic ignorance on the part of the president and his trade advisors," Donald J. Boudreaux, a professor of economics at George Mason University, told Xinhua in a recent interview.

US President Donald Trump has said that the United States, the world's largest economy, has suffered tremendously from what he alleged are unfair trade practices especially given the country's trade deficit, a claim refuted by economists.

Boudreaux said the Trump administration believes trade is a "zero-sum game" or "a contest in which some countries win and some countries lose" and the president "thinks quite mistakenly that a US trade deficit means that we are losing money" and blames it on "bad policy here or nefarious trade policies abroad."

"Trade is not like that. Trade is a win-win situation," the professor said. "When an American trades with a non-American, the non-American does gain, but so too does the American. That's true for every one of these trades."

Trump, who thinks of the United States and other countries the same way he thinks of companies, wants a lower US trade deficit or actually trade surpluses, according to Boudreaux.

However, "a country is not a company and America does not compete with China or with Germany or with Argentina in the same way that General Motors competes with Toyota or Apple competes with Microsoft," said the expert on international trade, adding that kind of mindset "is totally wrong."

Boudreaux also suggested that Washington should resort to bilateral or multilateral negotiations if it wants other economies to lower tariffs, as history has shown that a country cannot force others to lower tariffs by unilaterally raising its own.

The trade disputes driven by the United States have not only put complicated, multifaceted global supply chains and the economic and trading system at risk, but also taken their toll on US manufacturers, farmers and consumers.

"The consumers first are the main victim of the trade disputes," said Boudreaux. "Whenever the US government raises tariffs, that's basically a punitive tax on consumers who wish to buy foreign-made goods that they judge to be better deals than their American-made counterparts. So consumers are always hurt by higher tariffs."

Because of the tariffs, US manufacturers who rely on steel or aluminum or substitutes for them have to pay higher prices, which would lead to a rise in production costs and a decline in profits. Then, "they produce less. People buy fewer of their outputs. They have to lay off some workers," Boudreaux said.

As for American farmers, whose goods form a large part of US exports, their interests would be damaged by an overall decline in trade volume and retaliatory tariffs imposed by other economies, the expert said.

The US Department of Agriculture put trade damage done to the country's agriculture at 11 billion US dollars. Though the Trump administration last month proposed an aid plan to help farmers caught in the crossfire of the trade disputes, most were not fans of it, saying they want "trade, not aid."

The US economy grew at an annual rate of 4.1 percent in the second quarter of 2018, which pundits believe is likely to slow down in the second half of the year, as fiscal stimulus fades and the Federal Reserve further increases interest rates.

Boudreaux attributed the growth rate in the past quarter to tax cuts and deregulation as well as a short-term surge in US exports facilitated by domestic businesses which were concerned about retaliatory tariffs on their products and made early moves.

The US economy is expected to grow at 2.8 percent in the third quarter of the year, according to the latest forecast released by the Federal Reserve Bank of New York late last month.

The Federal Reserve also estimated that the U.S. economy would grow at 2.8 percent this year, still below the Trump administration's target of over three percent of annual growth.

A huge headwind on the country's economic growth is the Trump administration's trade policy, said Boudreaux, warning that if it continues "as it's happening now, not only will it slow the economic growth, it might actually reverse it."

The longer the trade disputes continue, the greater amount of damage would be done to the US economy, consumers and businesses that depend on trade, he added.