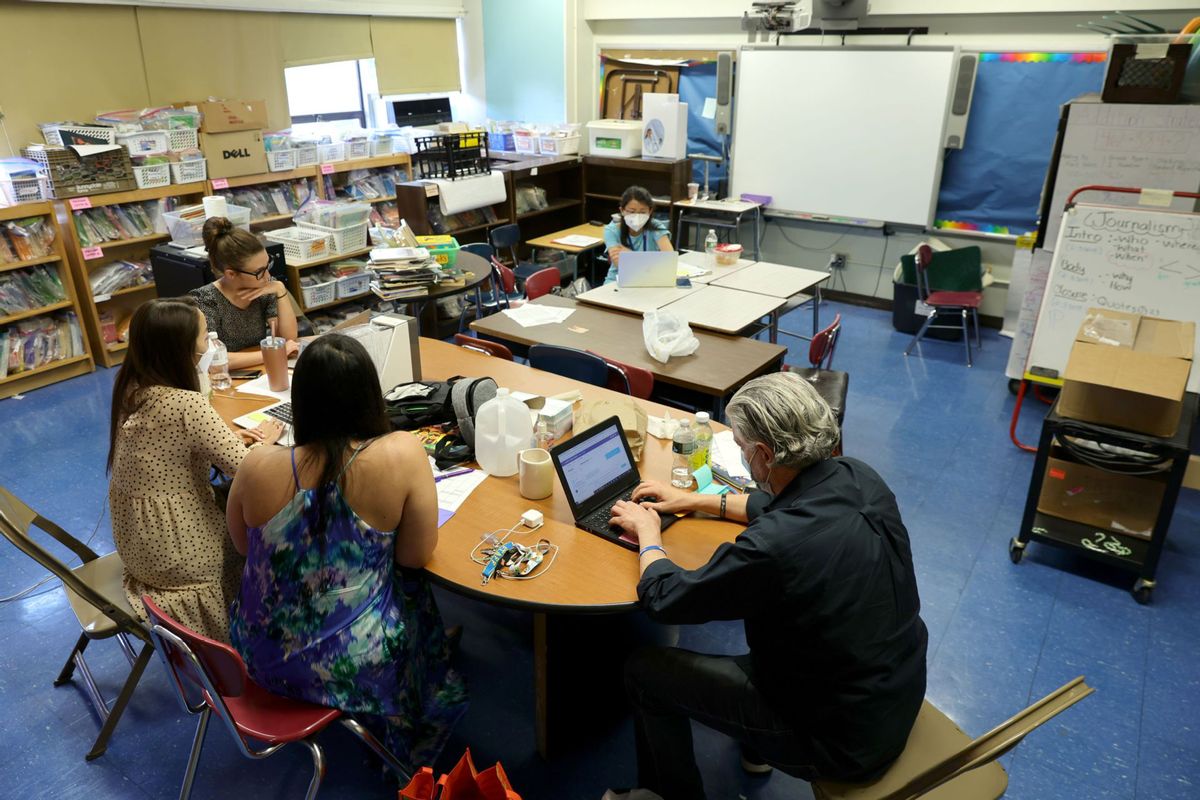 Public schools in the United States are experiencing a dramatic decline in student enrollment and a nationwide shortage of teachers as school districts gear up for a new semester in the fall.

As the back-to-school season approaches, many school districts around the nation are struggling to fill hundreds of staff vacancies.

"I have never seen it this bad," Daniel Domenech, executive director of the School Superintendents Association, told The Washington Post of the teacher shortage.

"Right now, it's number one on the list of issues that are concerning school districts … necessity is the mother of invention, and hard-pressed districts are going to have to come up with some solutions."

The Nevada State Education Association estimated that close to 3,000 educators' positions across the state's 17 school districts were left unfilled as of early August. The Illinois Association of Regional Superintendents of Schools noted in a study last year that 2,040 of 11,703 of the posted teacher positions were either unfilled or were filled with "a less than qualified hire".

Insiders said burnout caused by COVID-19-related issues, low salaries, concerns about campus safety, particularly after the Uvalde school mass shooting in May, as well as a higher level of disrespect from students and parents, have all contributed to the growing number of teachers walking away from their jobs.

Wendy Grider, a fourth-grade teacher from Rocklin, California, who recently left her job, told The Wall Street Journal that parents in her school district have taken to social media to criticize teachers for homework assignments over the past year. In addition, there were several instances in which a student hit a staff member or threatened her.

As more teachers are calling it quits, many school districts are also facing a dwindling student population.

Around 1.2 million students left public schools in the 2020-2021 school year, showed data from a nationwide tracker put together by the think tank American Enterprise Institute, or AEI.

After many schools closed their doors in spring 2020 as the pandemic hit the US, student admission dropped 2.5 percent in the fall of that year. School districts that offered mostly in-person instruction during the 2020-2021 school year saw student enrollment rebound.

However, schools that stuck to remote learning for a longer period of time experienced a steeper decline in student population, AEI's analysis found.

As cases increased during the pandemic, many parents began to send their children to private schools or switched to homeschooling. The declining birth rate, exacerbated by the pandemic, has also led to fewer school-age children.

Other factors that have led to the plunge in student population include the exodus of families from predominantly black and Hispanic neighborhoods hit by gentrification, which led to more schools in those areas being shuttered, some experts said.