US scientists from University of California, Davis (UC Davis) have worked out "hot spot" maps of regions in the world that can help health authorities detect potential wildlife hosts of viruses mostly spread by mosquitoes and ticks.

A study by UC Davis researchers, which was published recently in the journal Nature Communications, said the maps recorded information about wildlife species that have been identified as the most possible host of flaviviruses such as Zika, West Nile, dengue and yellow fever. 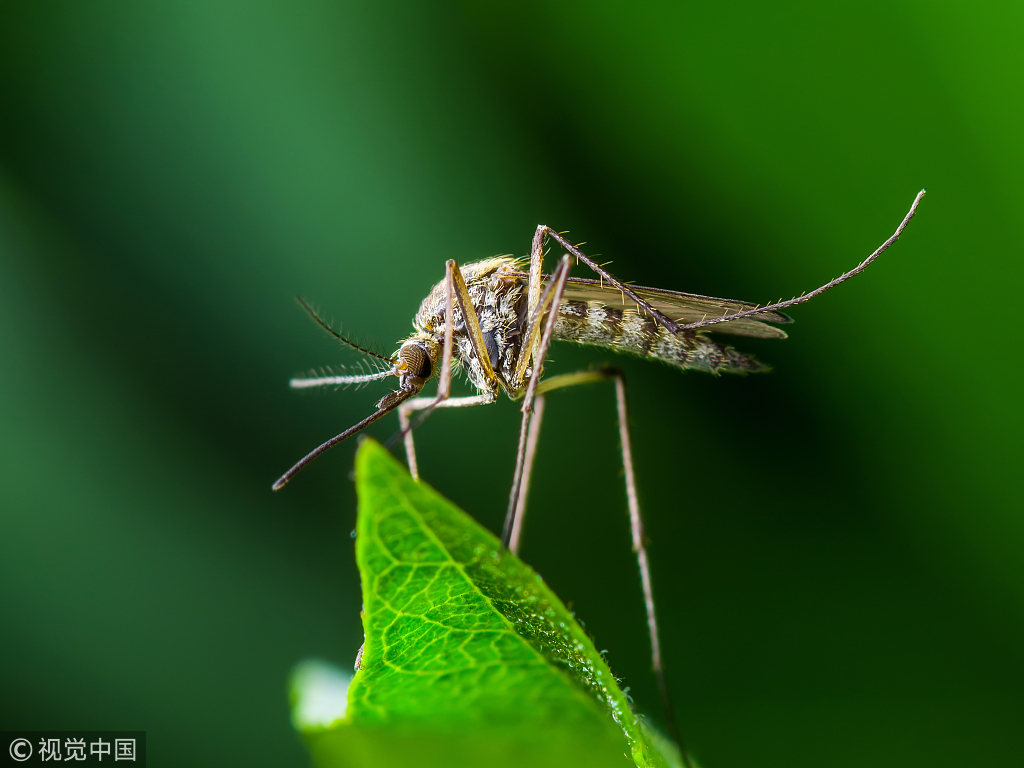 US scientists have worked out "hot spot" maps of regions in the world that can help health authorities detect potential wildlife hosts of viruses mostly spread by mosquitoes and ticks. [Photo:VCG]

These viruses are the known culprits of major epidemics and widespread illness and death across the globe.

The UC Davis researchers examined all the published data on wildlife species tested positive for flaviviruses by establishing a machine-learning model that processed about 10,400 avian and 5,400 mammal species to figure out the most likely species to host viruses.

The artificial intelligence (AI)-driven tool was so powerful that it recognized 138 previously unrecognized dengue virus out of 173 host species.

"Tomorrow, if there's an outbreak anywhere in the world, we now know which wildlife species are most likely to be infected in addition to humans," said lead author Pranav Pandi, a scholar with the School of Veterinary Medicine at UC Davis.

The study identified Europe as one of the regions in the world that has very diversified varieties of potential Japanese encephalitis hosts, including many common bird species.

It also predicted wildlife hosts in South America and Southeast Asia have the capabilities of spreading Zika virus in nature.

UC Davis professor Christine Kreuder Johnson, co-leading author of the study, said the AI-powered model developed by the UC researchers has identified nine of 21 primate species to be host of yellow fever or Zika virus.

Johnson said scientists hope to rely on the modeling technique to detect the most likely hosts for these viruses in their natural habitat, which is vital to global health and wildlife conservation.