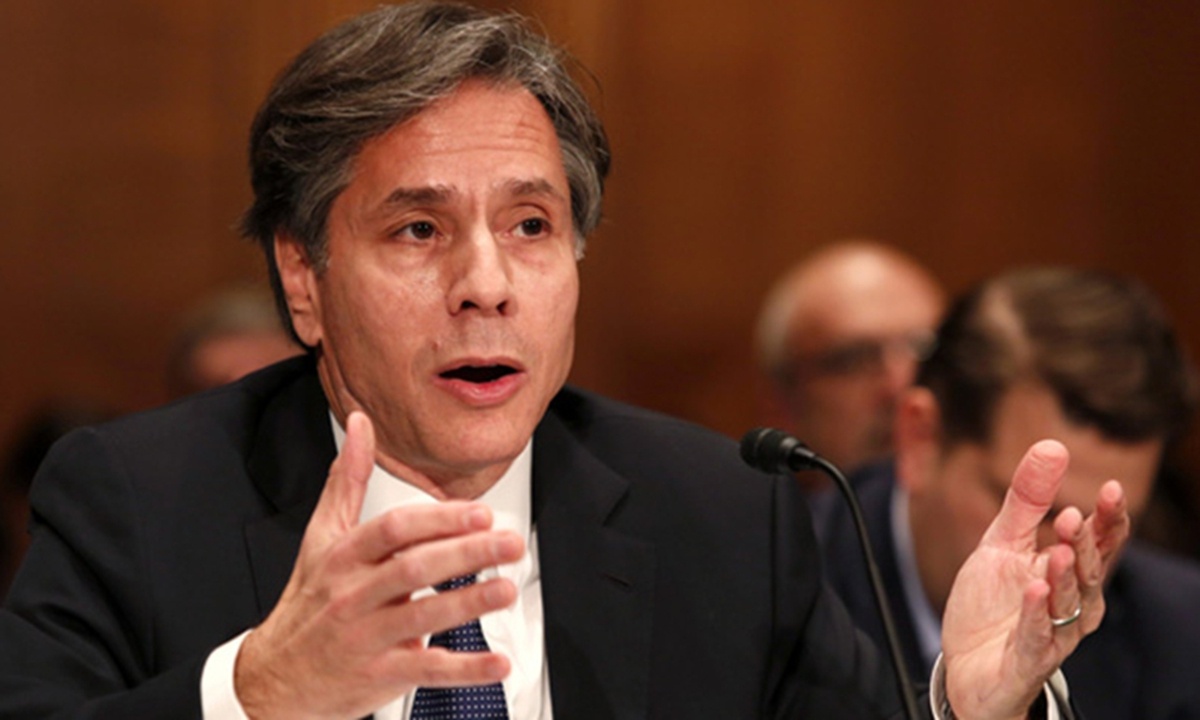 The Biden administration is inheriting its predecessor's hardline strategy by playing the "Hong Kong card," but wielding a stick against China over Hong Kong affairs shows its lack of confidence and serves to appear tough on competitors to appease domestic hawks, Chinese experts said Thursday.

Given the huge US interests in Hong Kong and the potential impact on European and American investors, experts called on the US to return to a rational and win-win path after playing strong in front of its own citizens.

The comments came after US Secretary of State Antony Blinken on Wednesday reaffirmed that the Hong Kong Special Administrative Region (HKSAR) does not warrant special status in the US, claiming a "violation of high-degree of autonomy," after the Hong Kong electoral reform plan was approved by China's top legislature.

Blinken's predecessor Mike Pompeo announced the same decision in May 2020.

Blinken said that China has "severely undermined the rights and freedoms of people in Hong Kong," and imposed "pressure on judicial independence and academic and press freedoms," and a "de facto ban on public demonstrations," which lead to the withdrawal.

Hua reiterated that Hong Kong affairs are purely China's internal affairs and no foreign country has the right to interfere. China urges the US to create favorable conditions, rather than obstacles, for the return of China-US relations to a sound and stable track.

Lü Xiang, a research fellow on US studies at the Chinese Academy of Social Sciences, told the Global Times on Thursday that Hong Kong's preferential treatment is a result of the special customs zone which was granted to Hong Kong by China's central government and recognized by the World Trade Organization.

Experts said that since trade takes a small proportion of Hong Kong's economy, the US revocation of its special trade status will not have much of an impact. The special status was mutually beneficial for China and the US in terms of tariffs, and revoking it would affect US interests in Hong Kong.

Considering Hong Kong is a pivotal world financial hub and its securities market is also open to the world, if the US action involves the financial field, it will have a huge impact on Western investors and enterprises, which those stakeholders are unwilling to see, Lü said.

Revoking Hong Kong's special status is more of a political posture as the policy changes are unclear. China's countermeasures will be taken in line with the reciprocal principle, observers said.

Li Xiaobin, a Hong Kong studies expert at Nankai University in Tianjin, told the Global Times on Thursday that the US move is more of a psychological intimidation, creating uncertainty and speculations (for US follow-up actions) to affect relevant industries in Hong Kong.

Given the big picture of intense China-US relations, some businesses in Hong Kong may face short term losses, but that can be offset by new opportunities from getting integrated into mainland's development blueprint, Li said.

Some observers said the US move targeting Hong Kong serves its internal propaganda. The Biden administration is facing chaotic domestic politics after the election farce in 2020, the rampant epidemic that has claimed 552,000 lives, and the systematic racism long plaguing the country.

"The US is more eager to maintain its strong appearance through internal propaganda by getting tough on competitors," Lü said, noting that China needs to be prepared for a continuous hawkish White House, while also being active to create conditions for dialogue.

We hope that after appeasing the hawks at home, the Biden administration will go through a cooling-off period and rationally adjust its China policy in the interests of the US, so as to manage differences and competition with each other and seek win-win cooperation, Lü said.

"The US is not confident at the moment, and the more it loses confidence, the more urgent it feels to wield a stick," Lü said.