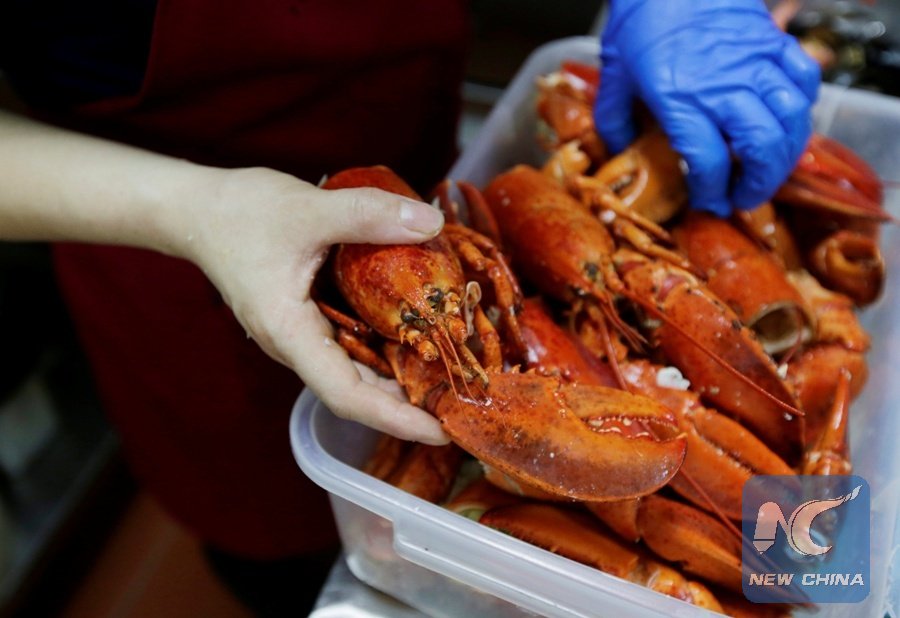 A cook prepares to make the lunch of lobsters imported from Boston, US at the kitchen of a sea food restaurant in Beijing, China July 5, 2018. (Photo: Xinhua)

Four Americans working in different levels of the sea food industry, from a trade company's CEO to a cold storage worker, described in the videos launched Wednesday on YouTube how current trade disputes ignited by the United States with its major trade partners are damaging the future of American seafood industry.

"Seafood trade creates American jobs. Hundreds of thousands of American families depend on seafood trade, both imports and exports. Tariffs threaten those jobs," the NFI said on its official website with linkage to these videos.

The NFI issued a statement last month against Washington's trade policy after seafood was added to the tariff lists by the United States and China in a tit-for-tat trade dispute.

"American jobs at processing plants throughout the country are at risk of losing raw material from China. That means American workers suffer," the statement said, adding "tariffs ultimately are taxes on American consumers that limit choices."