U.S. National Security Advisor John Bolton said on Sunday that U.S. Secretary of State Mike Pompeo will leave for a trip to the Democratic People's Republic of Korea (DPRK) for the fourth visit since he assumed the current office. 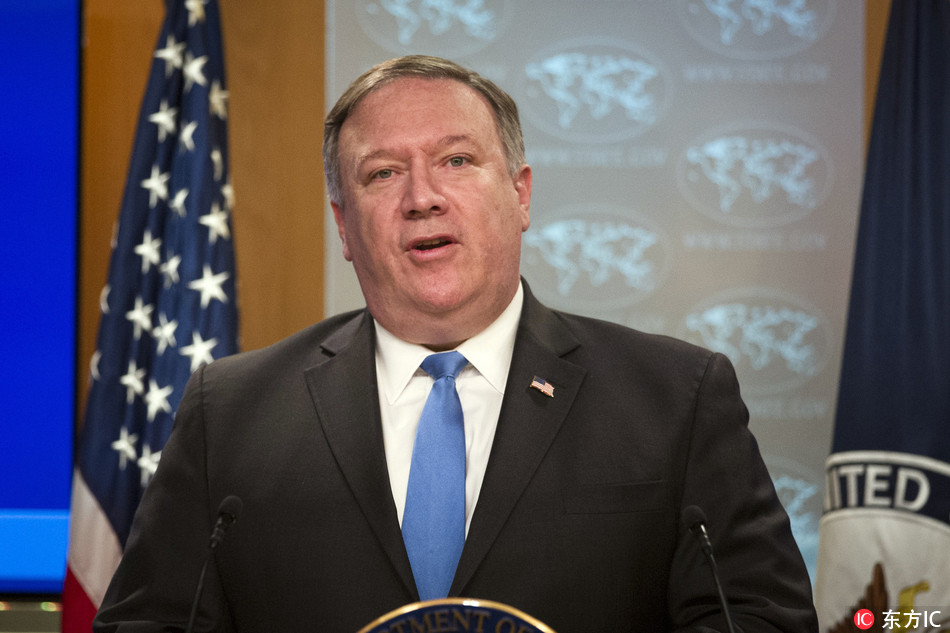 Secretary of State Mike Pompeo announces the creation of the Iran Action Group at the State Department, in Washington, Thursday, Aug. 16, 2018. [Photo: IC]

In an interview with ABC's "This Week," Bolton said that "I think Secretary Pompeo will be returning to Pyongyang soon for his fourth visit."

"I think the timing will be announced at an appropriate point by the State Department," he said, adding that the U.S. sides expects Pompeo to meet with the DPRK's top leader Kim Jong Un.

"To move on with the process of denuclearization remains our highest priority," said Bolton, adding that "it's important that they (the DPRK) demonstrate seriousness" in this regard.

He noted that the DPRK has one year to follow through from making "the strategic decision to denuclearize." However, he did not give more details on the timeline.

"We're counting on North Korea following through on the commitments," he added.

Bolton said earlier last month that Washington has had a plan to dismantle the majority of the DPRK's nuke and ballistic missile programs, and Secretary of State Mike Pompeo will be discussing it with Pyongyang while visiting the country.

Pomeo has visited the DPRK for three times, respectively in April, May and July.

Nauert also said on Aug. 14 that inter-governmental talks between the United States and the DPRK will become a "regular course of business" with denuclearization of the Korean Peninsula as the focus.