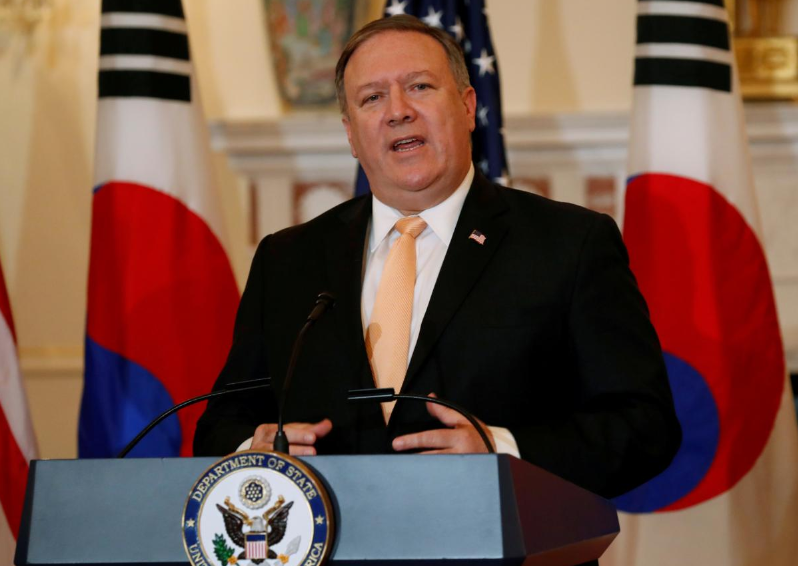 US Secretary of State Mike Pompeo speaks during a joint press availability with South Korean Foreign Minister Kang Kyung-wha (not shown) after their meeting at the State Department in Washington, DC, US, May 11, 2018. (Photo: Reuters)

“The secretary commended the Foreign Minister for Qatar’s continued efforts on counterterrorism and countering terrorism financing,” the department said in a statement. In the phone call, Pompeo also emphasized President Donald Trump’s “desire to see the Gulf dispute eased and eventually resolved, as it benefits Iran,”  it said.