WORLD US sees more strikes amid pandemic hardships: The Guardian

US sees more strikes amid pandemic hardships: The Guardian 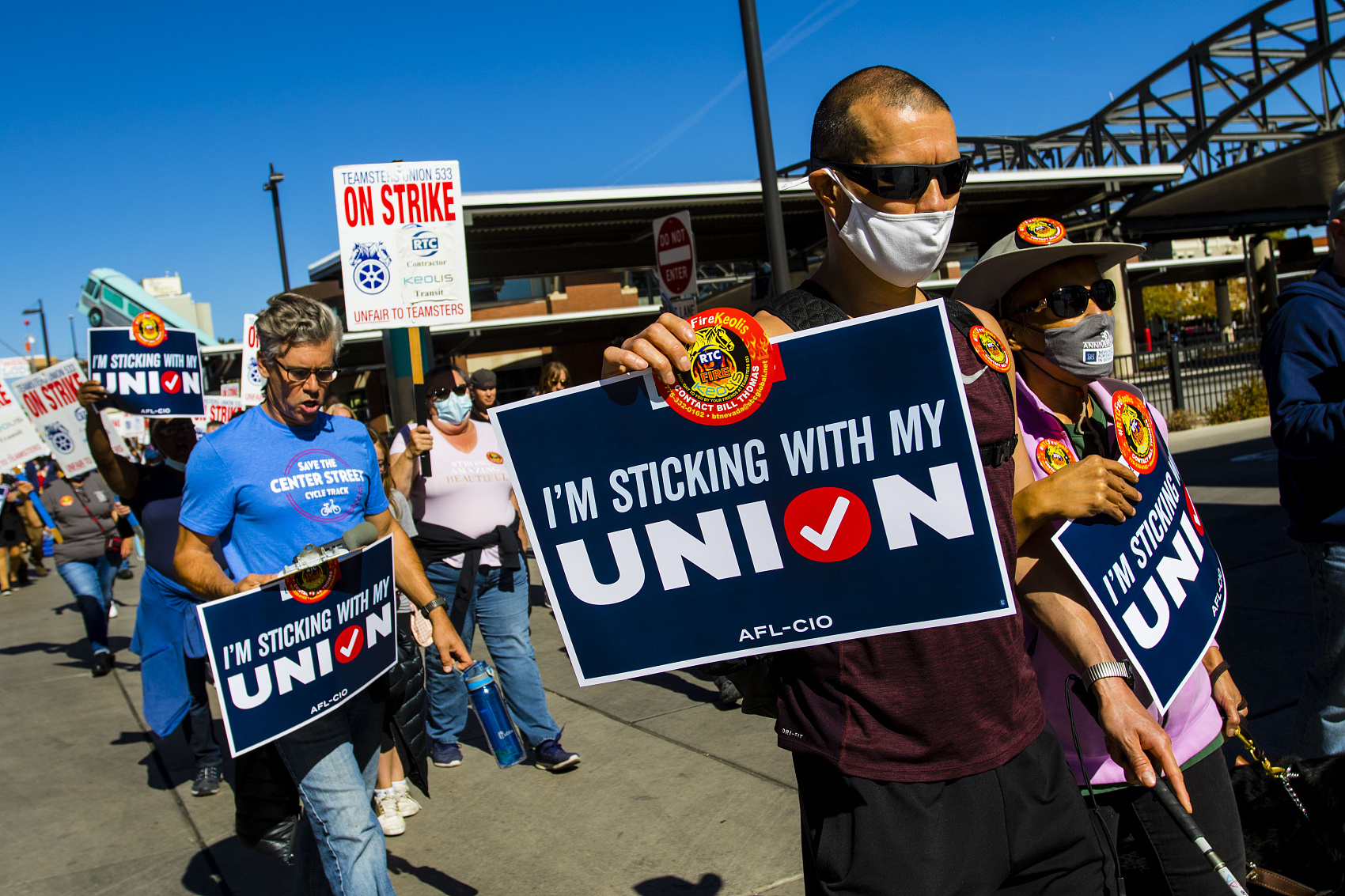 LONDON, Dec. 23 (Xinhua) -- October and November this year saw an increase of strikes across the United States, with workers fighting for raises and better working conditions amid COVID-19, The Guardian has reported.

Overall, 346 strike locations had been documented this year as of Dec. 10 by the Labor Action Tracker at Cornell University Institute of Labor Relations, the British newspaper said Tuesday.

U.S. workers also quit at record or near record rates in the final months this year, the paper added.

Liz Shuler, president of the AFL-CIO, a major U.S. union federation, believed that the hardships of the pandemic have sparked a reawakening of labor politics in America.

In different states and across industries, Shuler was quoted by the newspaper as saying, "the one thing that's been really consistent is the sentiment of the working people who are out there taking the risks that they are absolutely fed up."