The United States on Tuesday seized dozens of websites used by the Iranian news outlets for "violation of sanctions."

"Today, pursuant to court orders, the United States seized 33 websites used by the Iranian Islamic Radio and Television Union (IRTVU) and three websites operated by Kata'ib Hizballah, in violation of US sanctions," said the Justice Department in a statement. 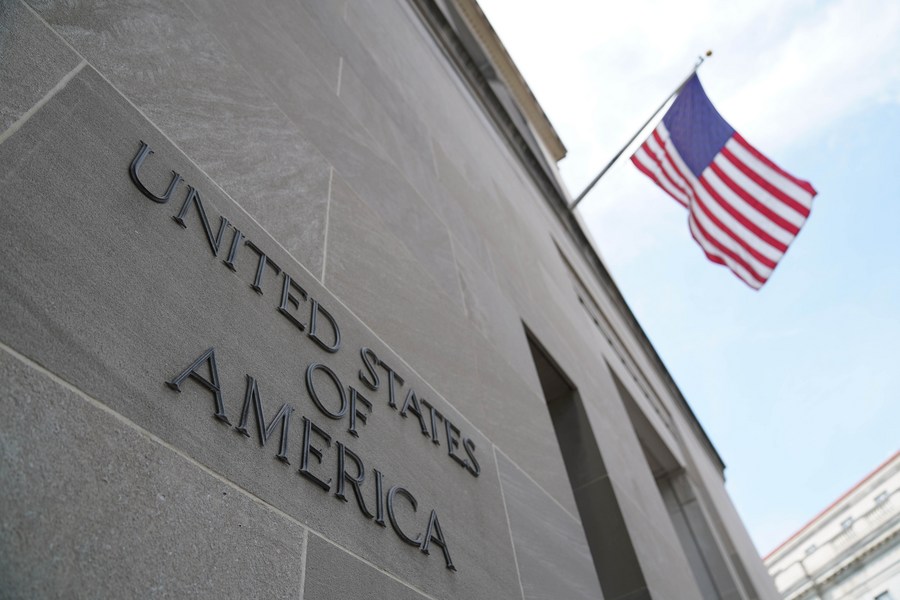 The statement said that both IRTVU and KH, a Shia militia group operating in Iraq, had been designated by the US government and prohibited from obtaining website and domain services in the United States without a license.

The websites of the Iranian state-owned news channel Press TV and Al-Alam were among those being blocked, while both are running again later in the day by using Iranian domains.

The move came one day after Iran's President-elect Ebrahim Raisi urged the United States to lift "all unjust sanctions" against Iran and ruled out a meeting with President Joe Biden.

Washington and Tehran have had indirect negotiations in Austria's capital Vienna since April aimed at restoring the Iran nuclear deal, formally known as the Joint Comprehensive Plan of Action (JCPOA). The two sides remain divided over the issue after six rounds of talks.

The US government withdrew from the JCPOA in May 2018 and unilaterally re-imposed sanctions on Iran. In response, Iran gradually suspended parts of its JCPOA commitments from May 2019.