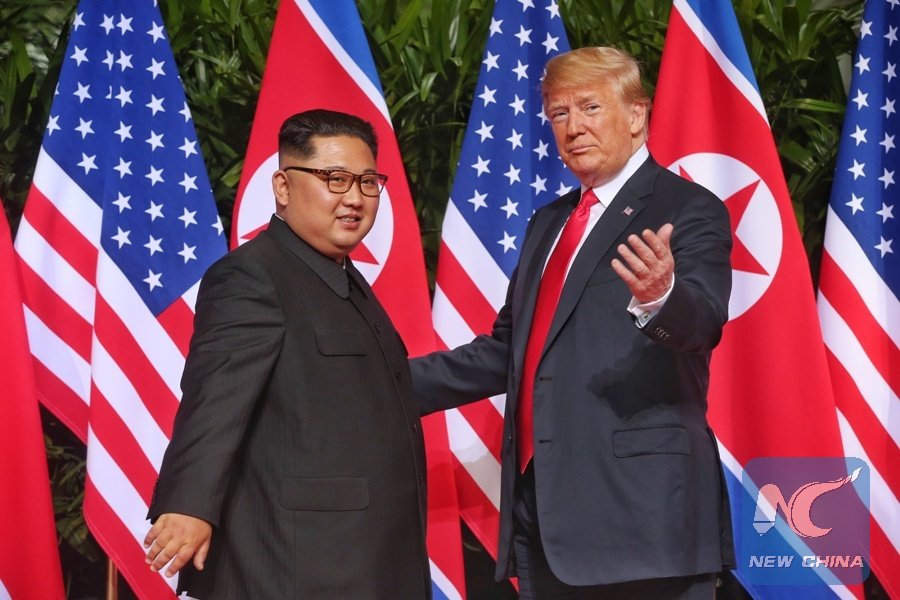 The Trump administration sent scouting teams to multiple locations in different regions, including Asia, during the last few weeks of 2018 for the much-discussed second meeting between US President Donald Trump and Kim Jong Un, top leader of the Democratic People's Republic of Korea (DPRK), reported CNN.

For logistical reasons, Switzerland, which was among the sites proposed by the US side, has been excluded, said the US cable network citing one administration official.

So far the US officials have not formally shared these locations with Pyongyang, according to the report.

Trump said on Wednesday that he expected his second encounter with Kim in the "not-too-distant future." He also said he had received a "great" letter from the DPRK’s top leader.

The relations between the DPRK and the United States improved last year. Trump and Kim had their first summit in Singapore in June. Meanwhile, differences between the two sides remained over key issues including the scale of denuclearization, US sanctions and whether to issue a war-ending declaration.

Chinese Foreign Ministry spokesperson Lu Kang said on Wednesday that China hopes that the DPRK and the United States would respect and accommodate each other's reasonable concerns and achieve progress in denuclearizing the Korean Peninsula and establishing a peace regime in the new year.

"China will continue to play its role in this regard," said Lu at a daily briefing.