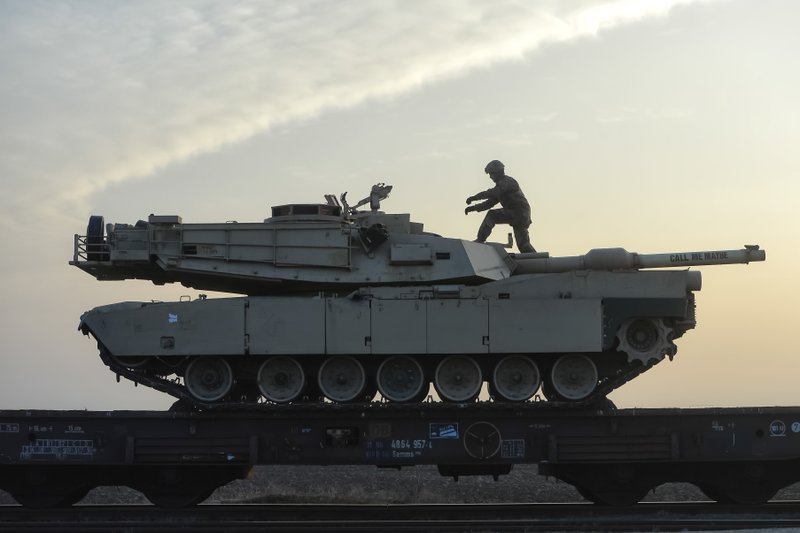 A serviceman of the "Fighting Eagles" 1st Battalion, 8th Infantry Regiment, walks on a tank that arrived via train to the US base in Mihail Kogalniceanu, eastern Romania, Tuesday, Feb. 14, 2017. (Photo: AP)

Senators voted 91 to 2 to ratify North Macedonia as the alliance's 30th member state. According to US media, the two "no" votes came from Republican Senator Rand Paul of Kentucky and Mike Lee of Utah. Several Democrats running for president were absent for the vote.

The former Yugoslav republic has sought the NATO membership for long, but Greece blocked its effort over the constitutional name of the Republic of Macedonia, fearing that the name indicates territorial ambitions over the northern Greek province of Macedonia.

Macedonia and Greece resolved the name dispute by signing the UN-brokered Prespa Agreement in June 2018, paving the way for the latter's NATO membership.

The Permanent Representatives of 29 NATO member states signed the protocol on Macedonia's accession in Brussels this February. Macedonia changed its official name to the Republic of North Macedonia later that month as the Prespa Agreement went into effect.

North Macedonia is expected to formally join the alliance at the NATO summit in December in London.