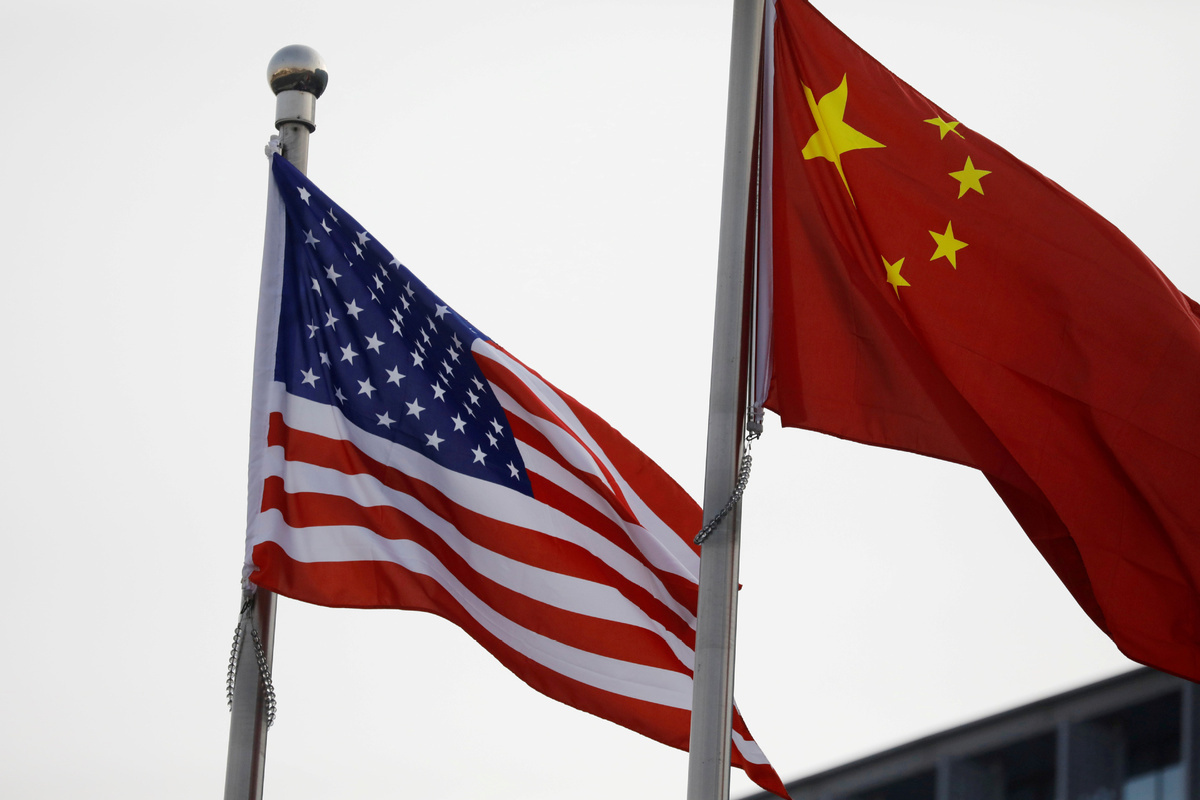 The US Senate's draft Strategic Competition Act of 2021, which mandates diplomatic and security initiatives to counteract Beijing, captures the sentiments of Capitol Hill in that it overemphasizes confrontation between the two countries and will serve as a recipe for continued contentiousness in China-US relations, experts said.

The 280-page bill, introduced by the Senate Foreign Relations Committee on Thursday, describes sanctions as "a powerful tool" for the US and stresses the need to "prioritize the military investments necessary to achieve United States political objectives in the Indo-Pacific".

It also seeks to expand the jurisdiction of the Committee on Foreign Investment in the United States to include colleges and universities if they receive more than $1 million in gifts from a foreign person or entity.

"Unfortunately, the new bill represents a bipartisan hardening of US attitudes," said Gary Hufbauer, a senior fellow and trade expert at the Washington-based Peterson Institute for International Economics.

"President (Joe) Biden still determines foreign policy, no matter what the bill says, and he could change course," Hufbauer said. "However, I think he won't seek accommodation before the midterm elections in 2022."

The continued expansion of the scope of scrutiny by the Committee on Foreign Investment in the United States, an interagency committee authorized to review certain transactions involving foreign investment in the US, would mean very little new Chinese investment will come for at least several years.

"This is regrettable," Hufbauer said, adding that he doubted that the proposed legislation sets a "wiser course" for Washington to develop relations with Beijing, though it expresses current sentiments.

Hufbauer also said it is neither desirable nor possible to limit China's technological rise.

"In my view, the US should try to restore large areas of normal trade, investment and human exchange with China," Hufbauer said.

Michael O'Hanlon, a senior fellow at the Washington-based Brookings Institution, said the recent bipartisan push in the US to be tough on China seems to be confirming the adage that "if it's worth doing, it's worth overdoing".

"While the Biden administration suggests that we compete against Beijing in some realms, cooperate with it in others and confront the Chinese where we must, Washington seems all too willing to overemphasize this last leg of the policy triad," O'Hanlon wrote in an opinion piece published by The Washington Post on Thursday.

In the article under the headline "The US has very little to gain by overdemonizing China", O'Hanlon argued that in addition to a "resolute" response to China's rise, there should be simultaneous efforts at reassurance or de-escalation, rather than deliberate provocation.

When asked if the Strategic Competition Act might miss out on some important elements in China-US relations, Susan Thornton, former US acting assistant secretary of state for East Asian and Pacific Affairs, said "strategic competition" doesn't properly capture such a complex bilateral relationship.

"'Strategic competition' is too unidimensional to describe the complex interactions between the US and China," she said.

Zhang Zhixin, a researcher at the China Institute of Contemporary International Relations, said the introduction of the Strategic Competition Act only proves that the US is losing its self-confidence as the only superpower, and its sense of insecurity is increasing.

The US is facing multiple domestic crises at present, Zhang said, but the Democratic and Republican parties cannot reach consensus on major issues, since politicians are "still fighting with each other".

The COVID-19 pandemic is still raging in the US despite the ongoing vaccination campaign, the pressure of economic recovery is huge and urgent, and gun violence and racial discrimination are serious issues.

"Therefore, establishing a 'strategic competitor', such as China, has become the only way to build consensus between the two parties," he said, calling the proposal an "extremely irrational, and even shortsighted and harmful" action.

Moreover, Zhang said that establishing an opponent will not help the US solve problems, but "could create more difficulties".

"Whether it is dealing with climate change or jointly preventing a global public health crisis, the US needs to cooperate with China," Zhang said.

Jon R. Taylor, a professor and chair of the Department of Political Science and Geography at the University of Texas at San Antonio, said that while the draft bill notes that it is intended to address economic competition with China, it calls for an enhanced partnership with Taiwan, stating that there should be no restrictions on US officials' interactions with their counterparts there.

"This is a recipe for continued contentiousness in China-US relations and sets the stage for potential conflict," Taylor said in an email.

The professor said that China-US relations are not only the most important bilateral relationship in the world, but will ultimately define the shape of the remainder of the 21st century.

"The Trump administration did its best to completely overturn decades of normalized China-US relations with a broadly aggressive approach. Hopefully, the Biden administration will look for ways to engage China in a positive, wide-ranging manner that benefits the US and reduces the current levels of contention," Taylor said.