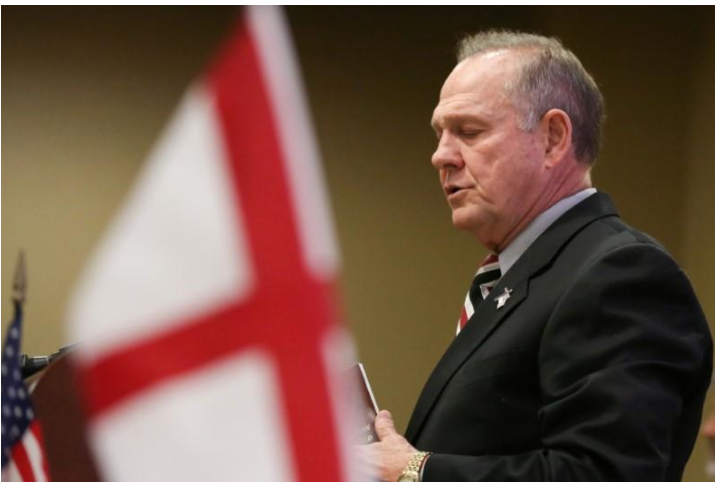 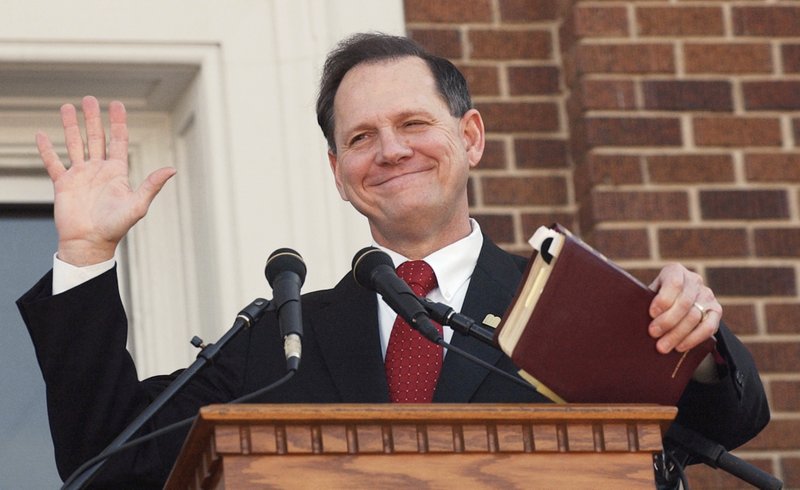 Pictured here fifteen years ago, former Alabama Chief Justice Roy Moore holds his Bible as he acknowledges the applause during his speech at the Barrow County Court House in Winder, Ga. Moore drew rounds of applause as he spoke in support of the framed Ten Commandments in the courthouse breezeway, November 2003. (Photo: AP / Ric Field)

The communications director for U.S. Senate candidate Roy Moore has resigned amid the Alabama Republican’s efforts to combat allegations of sexual misconduct that have roiled his campaign.

News of the departure of John Rogers came a day after U.S. President Donald Trump defended Moore from accusations by multiple women that Moore pursued them as teenagers when he was in his 30s, including one who has said he initiated a sexual encounter with her when she was 14.

Moore has denied any wrongdoing and has accused the women of conspiring with Democrats, media outlets and establishment Republicans in an effort to tarnish his reputation. Reuters has not independently confirmed any of the accusations.

“As we all know, campaigns make changes throughout the duration of the campaign,” campaign Chairman Bill Armistead said in a statement on Wednesday. “John made the decision to leave the campaign last Friday - any representations to the contrary are false - and we wish him well.”

Fox News journalist Dan Gallo said on Twitter that Brett Doster, a Moore campaign adviser, told him: “Unfortunately John just did not have the experience to deal with the press the last couple of weeks, and we’ve had to make a change.”

Doster did not immediately respond to a request for comment.

Strange, who was appointed to fill the Senate vacancy left by Jeff Sessions, now U.S. attorney general, was backed by Republican leaders, including the president, while Moore’s campaign attracted support from insurgent right-wing figures like former Trump strategist Steve Bannon.

Trump told reporters on Tuesday, however, that he might yet campaign for Moore, who he said “totally denies” the misconduct allegations, and that Democratic nominee Doug Jones was a liberal who should not be elected.

The president’s stance stood in contrast to the reactions from most Republicans in Washington, including Senate Majority Leader Mitch McConnell, who have called on Moore to step aside.

Jones released a campaign advertisement on Wednesday featuring the nine women who have accused Moore of improper conduct.

“They were girls when Roy Moore immorally pursued them,” the narrator says, as photos of the women as young girls flash on the screen. “Will we make their abuser a U.S. senator?”