WASHINGTON, Jan. 25 (Xinhua) -- The U.S. Senate on Monday voted to approve President Joe Biden's nomination of former Federal Reserve Chair Janet Yellen to be the next U.S. treasury secretary, making her the first woman to hold the job. 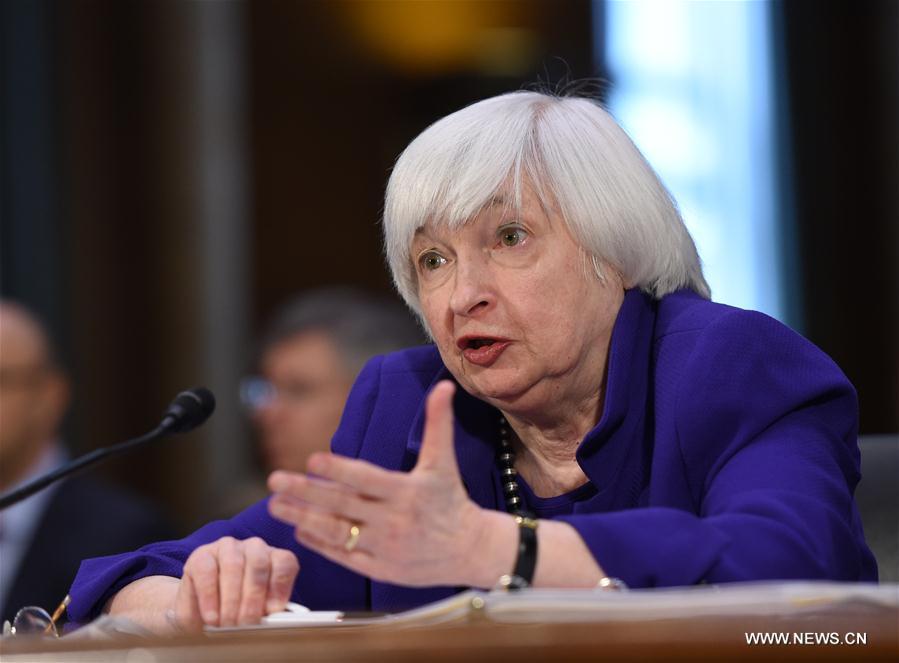 Yellen, a 74-year-old economist, will also be the first person to have served as treasury secretary, chair of the Council of Economic Advisors, and chair of the Federal Reserve after the Senate confirmed her nomination by a vote of 84-15.

"I am so proud that the Senate will confirm Dr. Janet Yellen to be the first woman to ever hold the position of Treasury Secretary. She's a native of working-class Brooklyn, and no one has more experience for this job," Senate Democratic leader Chuck Schumer tweeted before the vote.

At a confirmation hearing last week, Yellen said her first task as treasury secretary will be helping Americans endure the final months of this pandemic and keeping people safe while getting them back to work.

"Economists don't always agree, but I think there is a consensus now: Without further action, we risk a longer, more painful recession now -- and long-term scarring of the economy later," she said.

Biden has unveiled a 1.9-trillion-U.S.-dollar COVID-19 relief proposal, which draws opposition from a growing number of congressional Republicans. It's unclear whether the Biden administration would secure enough votes for a new massive relief package.

"Any further action should be smart and targeted, not just an imprecise deluge of borrowed money that would direct huge sums toward those who don't need it," Senate Republican Leader Mitch McConnell said Monday on the Senate floor.

"That's why the new Administration's first draft of their sprawling proposal misses the mark. And press reports make clear this is not just a Republican view; multiple Democratic Senators agree it's not the right path forward," McConnell said.