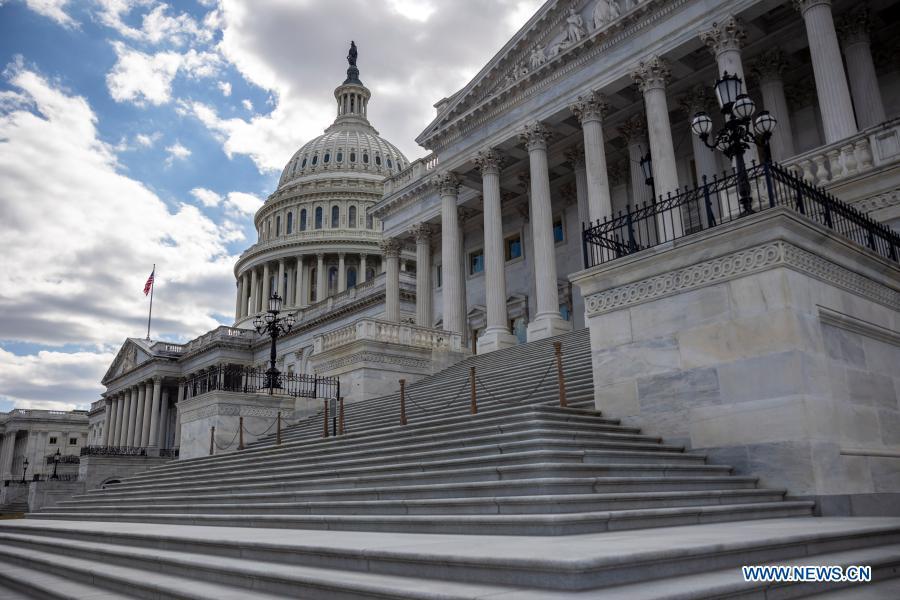 The Senate approved the bill by a vote of 50 to 49, and Senator Dan Sullivan, a Republican from Alaska, missed the vote.

The so-called "vote-a-rama," a long series of amendments votes, initially began on Friday morning, and was delayed for hours as Democrats struggled to convince Senator Joe Manchin from West Virginia, a moderate, to support their provision on unemployment benefits.

After a lengthy negotiation, Manchin and Senate Democrats finally reached a deal, allowing the "vote-a-rama" to resume shortly before midnight. A motion to adjourn until Saturday morning proposed by Senate Minority Leader Mitch McConnell narrowly failed.

Senators voted through the night and until midday on a series of amendments, most of which are proposed by Republicans and were voted down. Senate Republicans called the bill partisan and too expensive, while Democrats highlighted the urgency to fight the pandemic and offer support to businesses and families.

Earlier on Friday, a group of Democratic senators, including Manchin, joined all Senate Republicans in voting against Bernie Sanders' proposal to increase the federal minimum wage to 15 dollars per hour. Senate parliamentarian ruled last week that an increase to the federal minimum wage violates the budget reconciliation process and cannot be included in the COVID-19 relief bill.

The Senate-approved bill will have to go back to the House for another vote, before it is sent to President Joe Biden's desk to sign into law.