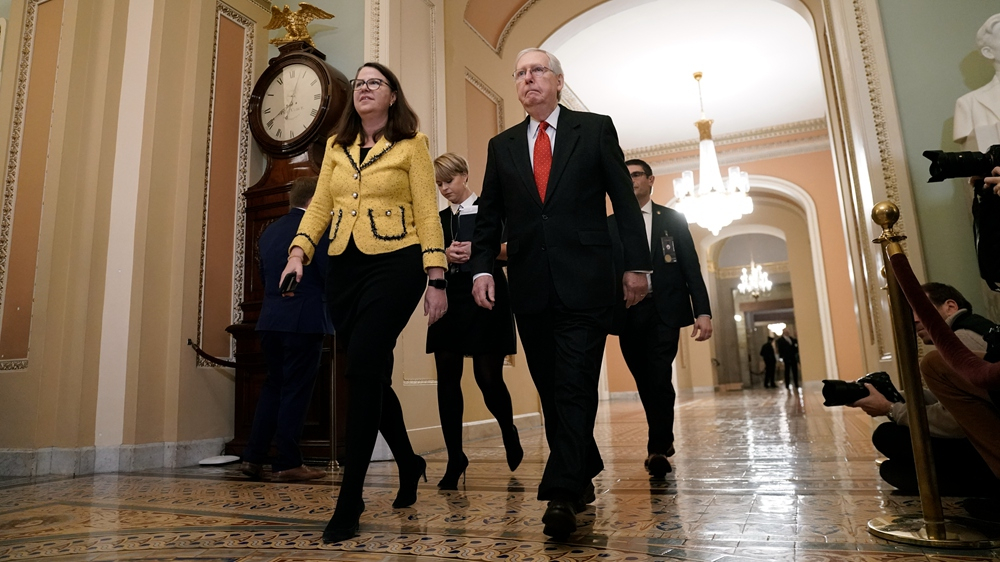 The resolution, adopted on a 57-43 party-line vote by the Republican-controlled Senate, will postpone a decision on whether to call additional witnesses until the opening arguments from the two opposing sides are heard.
The witness issue was a key sticking point that saw House managers -- comprised of Democrats who act as prosecutors in the trial -- and Trump's legal defense team wrangling for over 12 hours.
Senate Minority Leader Chuck Schumer offered 11 separate amendments to the resolution Senate Majority Leader Mitch McConnell proposed -- all rejected by the chamber as senators mostly voted along party lines.