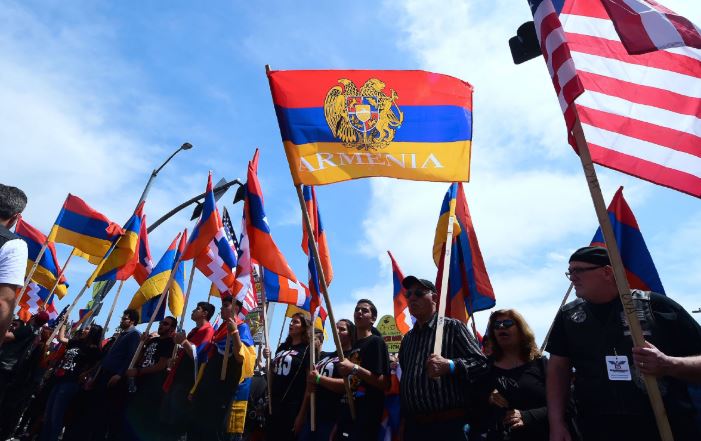 Washington DC (People’s Daily) -- The US Senate voted unanimously on Thursday to recognize the Armenian genocide as a matter of American foreign policy. This resolution further strains tensions between the US and Turkey, who are NATO allies.

The Senate resolution formally acknowledges the mass killing of an estimated 1.5 million Armenians between 1915 and 1922 as an act of genocide. The US House adopted a similar measure in October.

The resolution is a symbolic victory for Armenians around the world.

The Armenian community has struggled with this issue for decades. So far, 32 countries have recognized the mass killings of Armenians as genocide, including Brazil, Canada, France, Germany, Italy, Russia and now the US.

Nevertheless, Turkey steadfastly denies that the atrocities amounted to genocide. This US Senate resolution will likely incense Turkey and prompt possible retaliatory measures.

According to the New York Times, Turkish incursion into northern Syria in October and Turkey’s purchase of a Russian missile defense system outraged the US. The US Senate Foreign Relations Committee mobilized this week to advance a package of sanctions targeting Turkey.

Until now, the White House, anxious not to exacerbate an already tense relationship with Turkey, had sought to stall a Senate vote.

The Turkish Foreign Ministry said these policy decisions are damaging to US-Turkey relations.

“These moves, carried out for domestic political purposes and which have also been supported by those opposed to Turkey, disrespect our sovereign decisions about our national security,” the Turkish Foreign Ministry said in a statement.

Ankara said that in the worst-case scenario, closing the Incirlik Airbase to American aircraft and shutting down the Kurecik radar system of NATO could be part of any retaliation.

Pentagon officials warned on Thursday that Turkey will have to ditch the advanced S-400 air defense system bought from Russia for $2.5 billion as a first step in improving relations with the US and NATO.