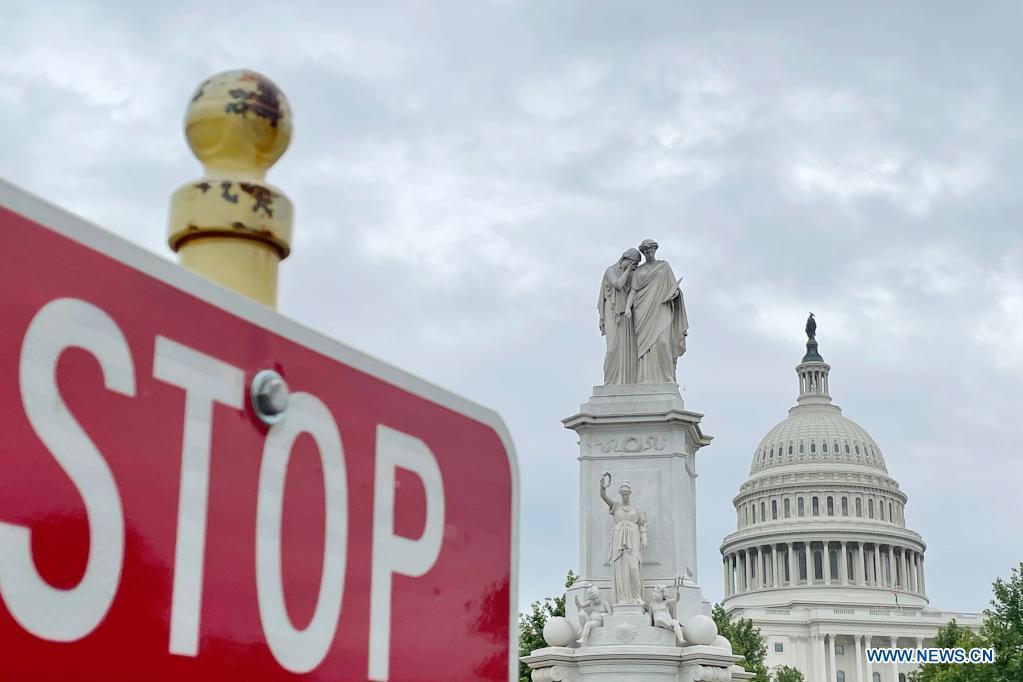 Photo taken on May 28, 2021 shows the U.S. Capitol building behind a traffic sign in Washington, D.C., the United States. (Photo: Xinhua)

Senators voted 54-35 on the House-passed bill, falling short of 60 votes needed to get it over an initial hurdle.

"I do not believe the extraneous 'commission' that Democratic leaders want would uncover crucial new facts or promote healing. Frankly, I do not believe it is even designed to," Senate Minority Leader Mitch McConnell said on the floor.

"Senate Republicans for months publicly supported the idea of a commission. But now all of a sudden, the Senate minority and the Senate minority leader waged a partisan filibuster against the bill. This vote has made it official: Donald Trump's big lie has now fully enveloped the Republican party. Trump's big lie is now the defining principle of what was once the party of Lincoln," Schumer said.

Senate Republicans were widely expected to block the bill since they believed the commission would damage them during the 2022 midterm elections, local analysts say.

Earlier this month, the Democrat-led House voted mostly along party lines to pass the legislation creating the commission modeled after the 9/11 Commission to probe the Jan. 6 Capitol riot.

The 10-member commission is tasked with delivering a final report on its findings about what happened on Jan. 6, when a mob of Trump's supporters breached the Capitol to stop Congress from certifying Joe Biden's election victory. The report is also expected to offer recommendations for preventing similar insurrections from happening again.