US Senate voted to start debate on the 1.9-trillion-dollar COVID-19 relief package amid Republican opposition, as Democrats hope to send the bill to President Joe Biden's desk before unemployment benefits expire in mid-March. 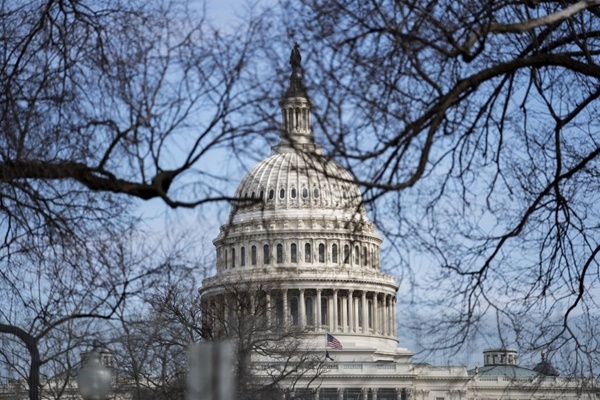 The upper chamber approved a procedural step in a 50-50 vote along party line, with Vice President Kamala Harris breaking a tie.

Senate Republicans, who oppose the high price tag of the relief package, could use certain tools to delay a final vote on the bill by hours or even days.

"I just objected to skipping past the reading of the Democrats' 628-page bill that was just introduced minutes ago," Republican Senator Ron Johnson said on Twitter Thursday afternoon.

"If they're going to add nearly $2T to the national debt at least we should know what's in the bill," Johnson said.

Senate Democratic Leader Chuck Schumer, meanwhile, said on Twitter that "it's great GOP Senator Ron Johnson wants to read the American Rescue Plan on the Senate floor, it gives Americans another opportunity to hear what's in it!"

The Democrats-held House approved a 1.9-trillion-U.S.-dollar COVID-19 relief package early Saturday morning amid unanimous Republican opposition. The plan contains direct payments of 1,400 dollars per person for working families, but Democrats have agreed to limit the number of people who can get the stimulus checks to win the support of moderate Democrats, which prompted backlash from progressives.

The House-approved bill also includes a provision to raise the federal minimum wage to 15 dollars, which would face tough tests in the 50-50 split Senate, where parliamentarians have ruled that the wage increase violates the budget reconciliation process and cannot be included.

In early February, Democrats moved to pass a procedural step in both chambers, allowing them to push through the big relief bill in Congress without Republican support, a move criticized by Republicans as a "partisan process."