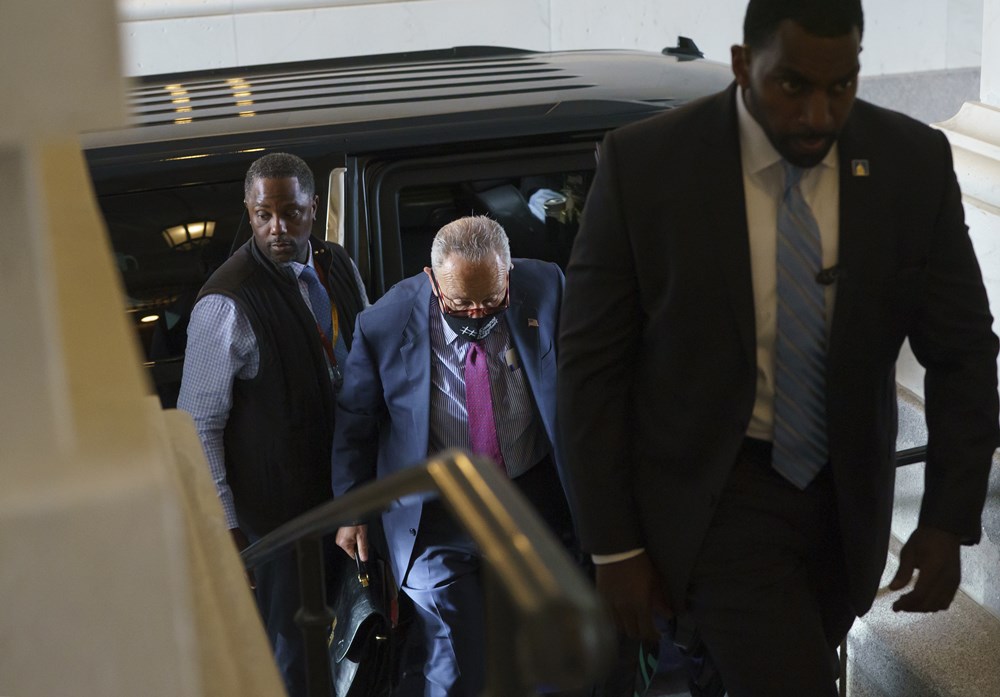 US Senate Majority Leader Chuck Schumer, D-N.Y., arrives as the Senate convenes for a rare weekend session on the $1 trillion bipartisan infrastructure bill, at the Capitol in Washington, Saturday, Aug. 7, 2021. (Photo: AP)

The Senate voted 67-27 to break the filibuster and advance the bill for final passage, with 18 Republicans and all Democrats backing the legislation.

Senators are still haggling over a potential deal on amendments. Without an agreement, Republicans are expected to force the Senate to run out the clock for up to 60 hours before a final vote to pass the bill, according to The Hill, a U.S. political website.

"There are many outstanding amendments that are important, that would improve this legislation, and that deserve votes before the Senate is asked to vote on final passage of this bill," McConnell said on the Senate floor.

"I hope Senators can work together in a bipartisan way to get more amendments up and continue improving this important bill," he said.

Senate Democratic Leader Chuck Schumer said that the Senate will stay in session until it passes the bill.

"We can get this done the easy way or the hard way. In either case, the Senate will stay in session until we finish our work," Schumer said. "It's up to my Republican colleagues how long it takes."

After months of negotiations, the White House and a bipartisan group of senators reached an agreement on a roughly 1-trillion-dollar infrastructure bill, which includes 550 billion dollars in new spending on infrastructure projects.

The Congressional Budget Office (CBO) estimated on Thursday that the bipartisan infrastructure bill would add 256 billion dollars to U.S. budget deficits over 10 years, indicating just more than half of the new infrastructure spending would be offset by pay-fors.