US senator defends China against lawsuit 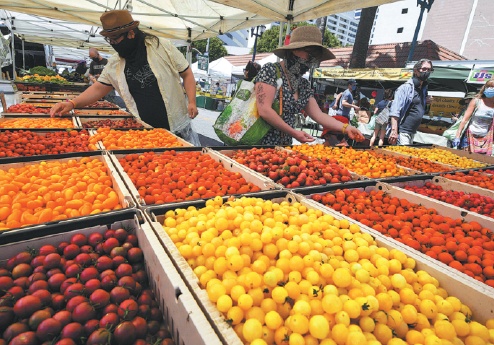 A United States senator described China as a "respectable nation", and that "it is a huge mistake" to allow American citizens to sue China over coronavirus damage as she defended the nation in a firm speech against a bill authorizing such a move.

"Where I live, we hold China as a potential trading partner, as a country that has pulled tens of millions of people out of poverty in a short period of time, and as a country growing into a respectable nation amongst other nations," Senator Dianne Feinstein (Democrat, California) told her fellow lawmakers during a Senate Judiciary Committee meeting Thursday.

"I deeply believe that. I've been to China a number of times. I've studied the issues… the United States has the most to lose by permitting civil lawsuits against China, for harms arising from COVID-19," she added, referring to testimony from recent committee hearings.

Feinstein's comment came as the judiciary panel convened Thursday to discuss the Civil Justice for Victims of Coronavirus Act, a bill introduced by Senator Martha McSally (Republican, Arizona), which would allow US citizens to sue the Chinese government in federal court for damages stemming from the pandemic.

The proposed legislation, supported by some Republican politicians, including South Carolina Senator Lindsey Graham, passed with a 13-9 vote by the Senate Judiciary Committee on Thursday. It is on its way to the senate for consideration.

Graham, also a co-sponsor of the bill, alleged that "the Chinese Party deceived the world and manipulated information about coronavirus".

He suggested amending the 1976 Foreign Sovereign Immunities Act, which establishes limitation as to whether a foreign sovereign nation may be sued in US courts, to allow exceptions for lawsuits against China.

Feinstein cautioned that stripping China of its sovereign immunity could lead to retaliatory measures against the US from other countries.

"We launched a series of unknown events that could be very, very dangerous. I think this is a huge mistake," she said.

Chimene Keitner, a professor of international law at the University of California's Hastings College of the Law in San Francisco, a witness at the hearing, argued that private litigation will not bring China to the negotiating table, nor will it produce answers or compensation for US victims.

"If these claims were actually litigated, it would provide attorneys for China with a captive audience to catalog the shortcomings in US local, state, and federal responses to a threat that was reportedly highlighted by the intelligence community in the President's Daily Brief as early as mid-January," she argued.

It's more important now to focus on the immediate needs of the American people, Keitner said.

As a sovereign state, China is immune from the jurisdiction of any foreign court. Under most international legal systems, China would need to consent to having litigation filed against it before it could be sued, so it's highly unlikely for such a lawsuit to prevail in court, experts said.

"We don't have an international court system where a state is compelled to appear before the court unless they've consented," Natalie Klein, a law professor at the University of New South Wales, Australia, said.

J. Maria Glover, a law professor at Georgetown University, told the Los Angeles Times that the lawsuits appear to be symbolic and political. "They are looking for someone to blame, and there's plenty of blame to go around, but these suits have almost zero chance of success in court."

Representative Judy Chu, a Democrat from California, on Friday said the Republicans are trying to draw attention away from the current administration's failed response to the coronavirus pandemic by placing the blame on China.

A number of experts in the scientific community have recognized that China's tough measures to contain the outbreak and its fast communication with international organizations helped to buy valuable response time for other countries' battle against the virus.

A study published on Nature in May by scientists in China, the US, and the United Kingdom, concluded that non-pharmaceutical intervention methods used to contain the outbreak substantially reduced the transmission of the disease in China and mitigated the effects of the pathogen in other parts of the world.

In an interview with CNN, Richard Horton, editor-in-chief of The Lancet, said that China immediately notified the WHO on Dec 31,2019, when it "got the first signal "that this was a potentially new SARS virus.

"We should be grateful to the authorities in China, additionally greatly to the World Health Organization, because they did all they could to alert the world as to the seriousness of this pandemic," Horton said.

Meanwhile, California Governor Gavin Newsom announced on July 22 that he extended a contract with Chinese manufacturer BYD to buy more medical masks, as the Golden State, now the US epicenter of coronavirus outbreak with 500,130 positive cases as of Aug. 1, continues to battle a growing shortage of personal protective equipment in its hospitals.

The $316 million contract allows the state to purchase 300 million surgical masks at less than half of its original per unit price from BYD.