WASHINGTON, Aug. 8 -- US Republican Senator Rand Paul said on Wednesday that he has delivered a letter from President Donald Trump to the Russian Government.

"I was honored to deliver a letter from President Trump to President Vladimir Putin's administration," Paul tweeted. 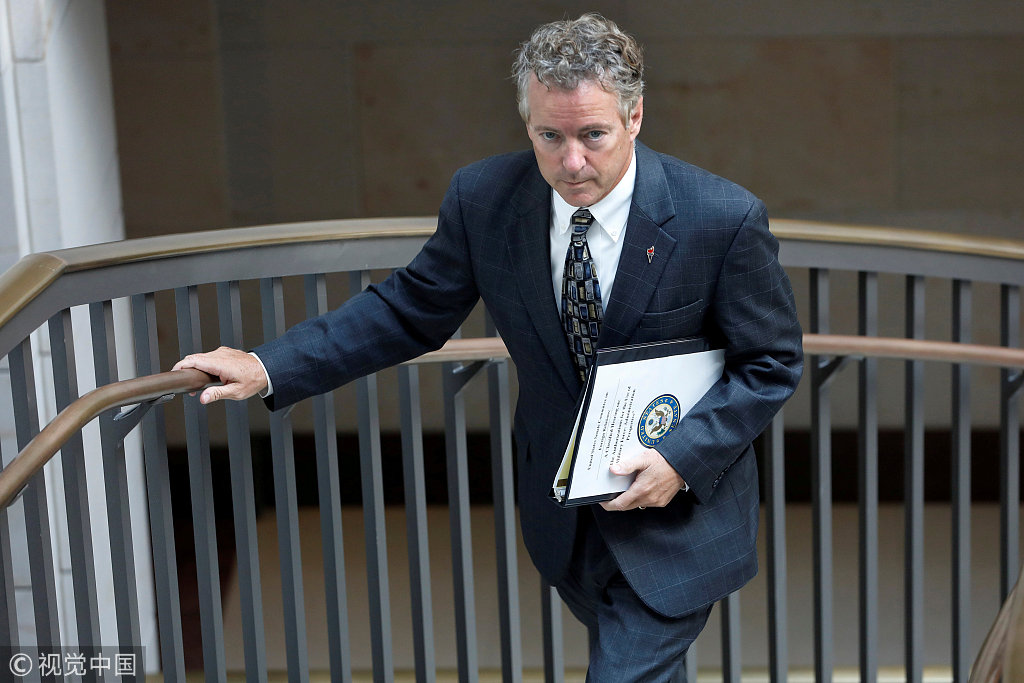 "The letter emphasized the importance of further engagement in various areas including countering terrorism, enhancing legislative dialogue and resuming cultural exchanges," he added.

Paul started his Russia visit Monday as part of a US political delegation. Just weeks before, a delegation of eight Republican lawmakers visited Moscow.

In Moscow, Paul reportedly invited Russian lawmakers to Washington. He also said he would oppose new US sanctions against Russia.

The White House said on July 27 that Trump is open to visiting Moscow and looks forward to having Putin in Washington, in response to Putin's statement that he's ready to invite Trump to Moscow and to visit Washington himself if the conditions are right.