WASHINGTON, Jan. 26 (Xinhua) -- U.S. Senator Patrick Leahy, who is set to preside over the impeachment trial of former President Donald Trump in the Senate, was taken to a Washington hospital on Tuesday evening after "not feeling well," his spokesman said. 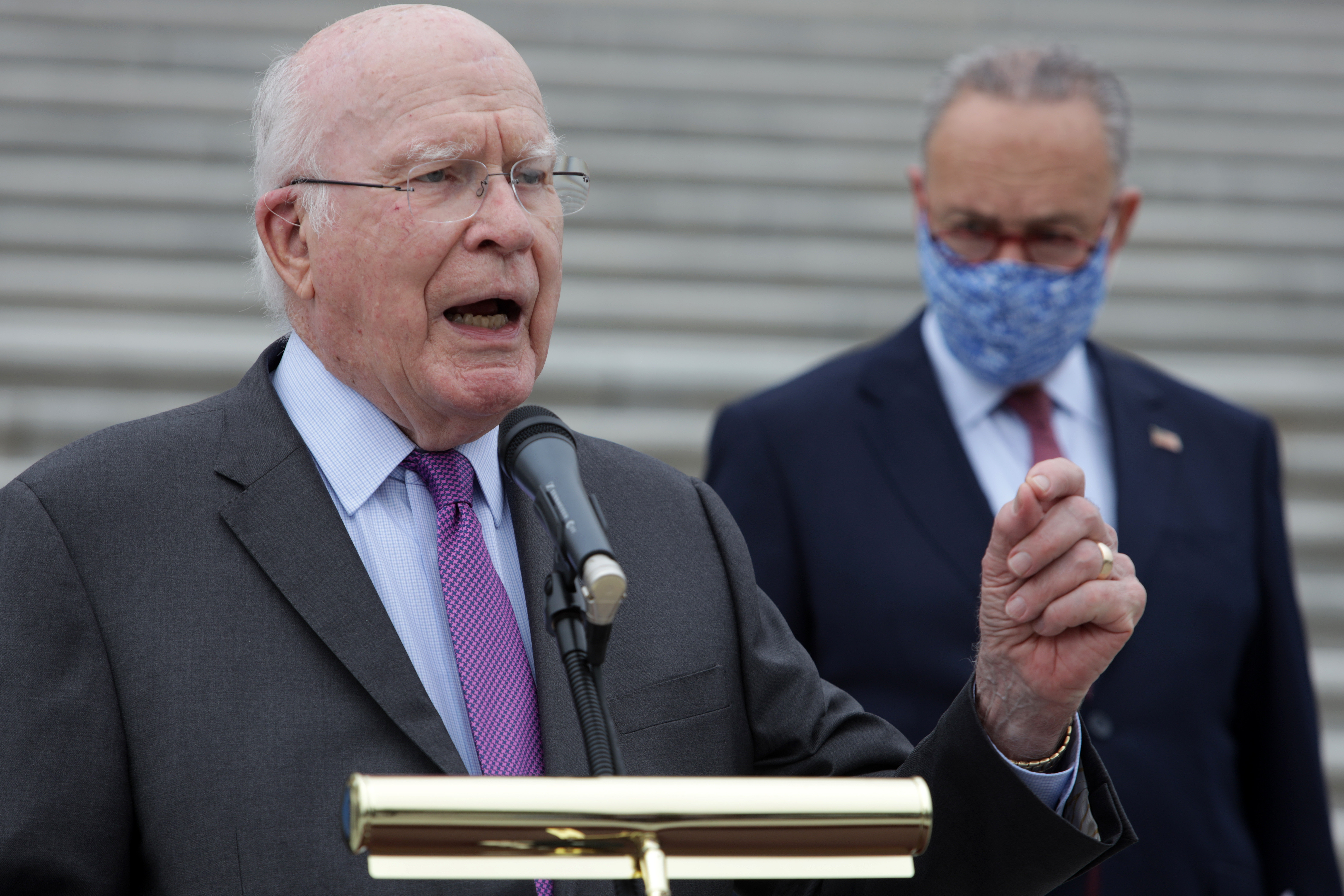 In this file photo taken on October 22, 2020, US Senator Patrick Leahy, Democrat of Vermont, speaks during a news conference in front of the US Capitol in Washington, DC. (Photo: AFP)

"This evening, Senator Leahy was in his Capitol office and was not feeling well," said his spokesman David Carle in a written statement.

"He was examined in the Capitol by the Attending Physician," Carle said.

"Out of an abundance of caution, the Attending Physician recommended that he be taken to a local hospital for observation, where he is now, and where he is being evaluated." Carle said.

Leahy, 80, is the president pro tempore of the Senate, which puts him third in line of presidential succession. He presides over the impeachment trial instead of Chief Justice John Roberts because Trump is now a former president.

The trial is set to begin the week of Feb. 8.