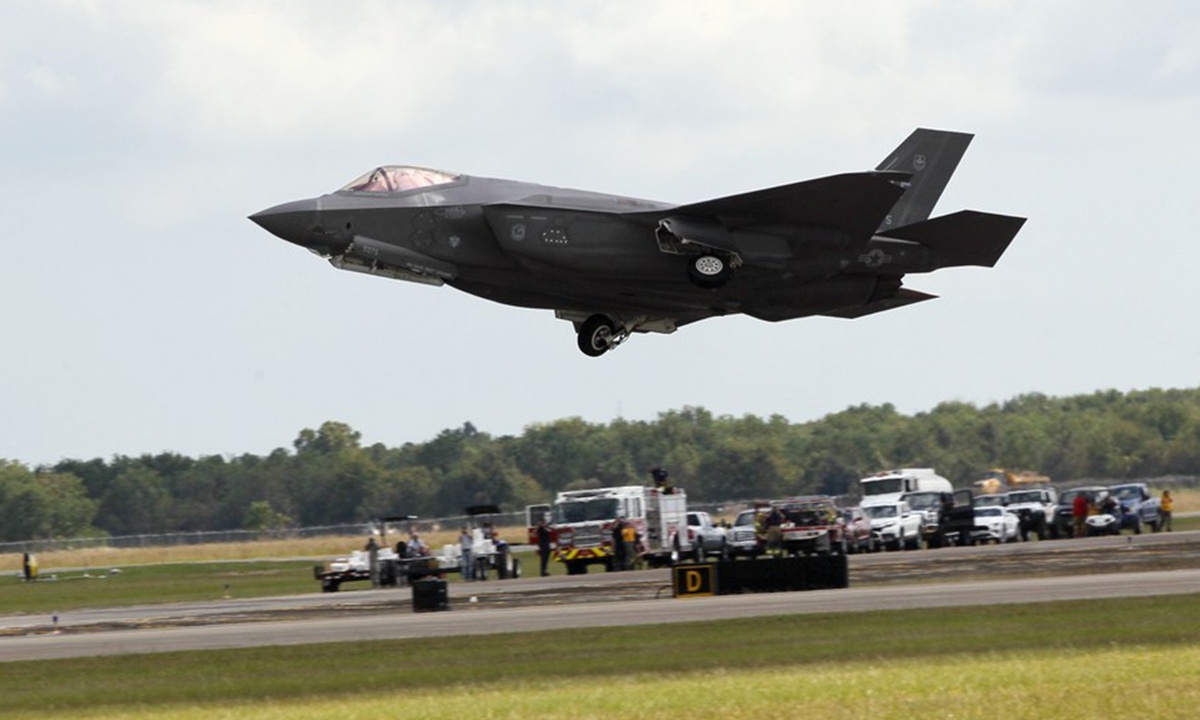 An F-35 fighter jet performs during the annual Wings Over Houston Airshow at the Ellington Airport, state of Texas, the United States, Oct. 19, 2019. (Xinhua/Song Qiong)

Three US senators on Wednesday launched a bid to block the sale of top-of-the-line F-35 jets to the UAE, voicing concern over the deal seen as a reward for the nation's recognition of Israel.

Even if the three can persuade a majority in Congress to oppose the $23 billion package, lawmakers would face an uphill climb to override a veto by outgoing US President Donald Trump.

Senator Chris Murphy, a Democrat close to President-elect Joe Biden, said that the UAE violated terms of previous sales, pointing to reports that weapons sent to the US ally have been discovered in war-ravaged Libya and Yemen.

"I support the normalization of relations between Israel and the United Arab Emirates, but nothing in that agreement requires us to flood the region with more weapons and facilitate a dangerous arms race," Murphy said in a statement.

He sponsored the resolution with Robert Menendez, the top Democrat on the Senate Foreign Relations Committee, and Rand Paul, a Republican who is generally supportive of Trump but is critical of US military interventions.

Secretary of State Mike Pompeo last week formally told Congress of the sale, hailing the UAE's normalization with Israel and casting the sale as part of efforts against mutual adversary Iran.

The UAE had long requested the F-35s.

Israel had considered its own F-35 fleet to be vital to its own strategic edge over Arab nations but dropped its opposition to the US sale as it saw the advantage of normalized ties.