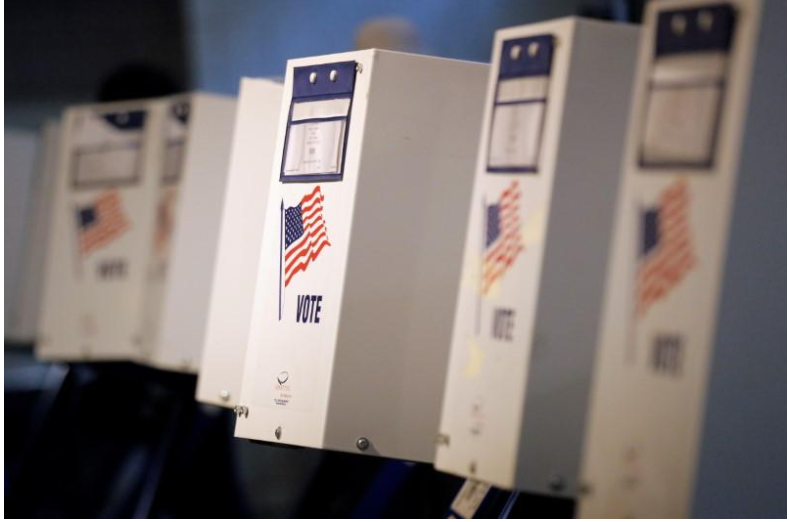 Voting booths are seen during the New York primary elections at a polling station in the Brooklyn borough of New York City, U.S., April 19, 2016. REUTERS/Brendan McDermid

A bipartisan pair of U.S. senators plans to introduce legislation on Tuesday seeking to boost the cyber defenses of state election systems, after warnings from senior U.S. officials that future elections may be vulnerable to foreign interference.

The Securing America’s Voting Equipment, or SAVE, Act is the latest attempt by lawmakers to respond to what U.S. intelligence agencies say was a multi-pronged cyber operation, including hacking and online propaganda by Russia during the 2016 presidential election aimed at helping President Donald Trump. Moscow has repeatedly denied the accusations.

The bill will be introduced by Democratic Senator Martin Heinrich and Republican Senator Susan Collins, a Heinrich spokeswoman said. It does not currently have other co-sponsors.

“Until we set up stronger protections of our election systems and take the necessary steps to prevent future foreign influence campaigns, our nation’s democratic institutions will remain vulnerable,” Heinrich said in a statement.

The SAVE Act would authorize the Director of National Intelligence (DNI) to grant security clearance to the top election official in each state in addition to one other designee. It would also allow the DNI to share some classified information with the states about threats to their voting systems.

Several state election officials have complained that they were left in the dark about Russia’s attempts to probe their voting systems during the 2016 campaign.

The Department of Homeland Security (DHS) did not notify 21 states it said had been targeted by Russian until last month, in part due to confidentiality and classification restrictions.

The DHS in January designated voting systems as a critical part of the nation’s infrastructure, making state elections eligible for more federal protections.

The legislation would write that designation into law, and create a grant program for states to upgrade their systems to better fend off physical and cyber threats.