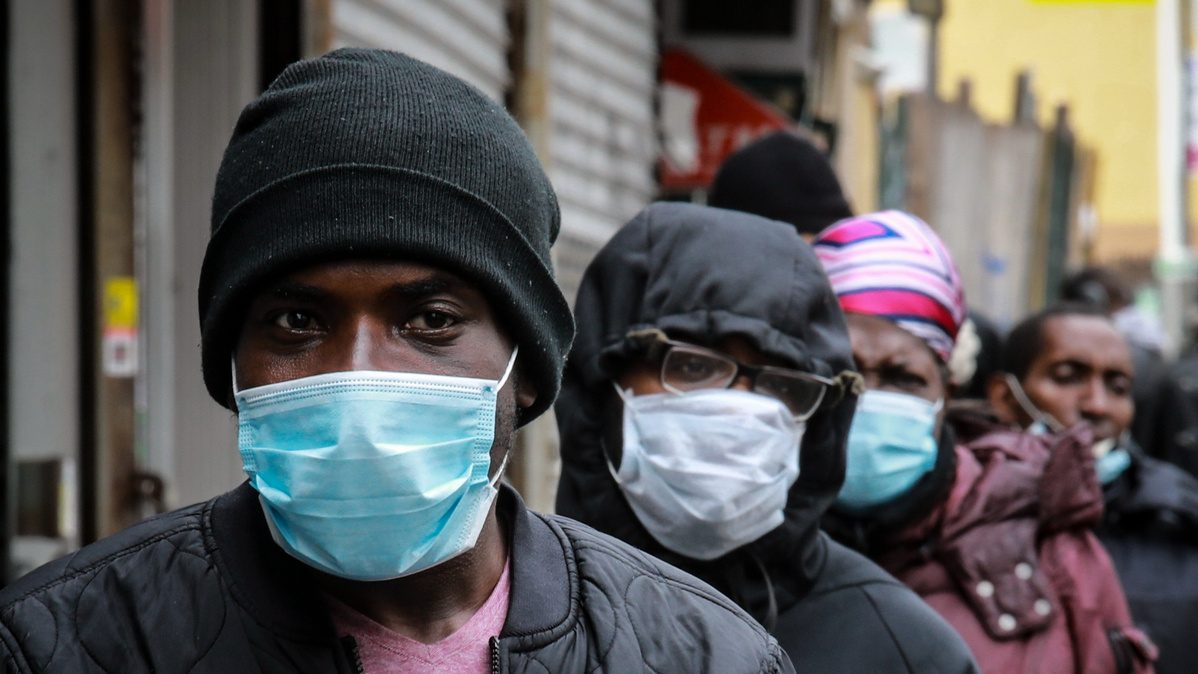 People wait for a distribution of masks and food in the Harlem neighborhood of New York, US, April 18, 2020. [Photo/Agencies]

WASHINGTON - Despite its efforts to develop a vaccine against the COVID-19 pandemic, the United States lacks a plan to get shots to communities of color affected by the coronavirus, according to a piece published in US magazine Politico on Monday.

"For decades, communities of color have been underrepresented in clinical trials, faced greater barriers to getting vaccinated and harbored deeper distrust of a health care system," the Politico piece said.

The magazine quoted Julie Gerberding, an executive of American multinational pharmaceutical firm Merck, as saying, "we have a number of hurdles in terms of broad vaccine coverage but also specially the people we most want to vaccinate in the African American and Latinx communities that are hardest hit with the disease."

According to a study by the Pew Research Center in June, although the tally of African Americans who have been hospitalized for COVID-19 are nearly five times higher than that of white people, just over half of African American adults said they would definitely or probably get a coronavirus vaccine.

Currently, "the large-scale effort to defeat the virus depends not just on developing a safe and effective vaccine, but ensuring it reaches all corners of America," Politico said, calling for a sustained national effort that brings together federal agencies, local officials and communities on the issue.

Additionally, dual challenges of surging unemployment and racism have also placed communities of color at disadvantage amid the pandemic.

According to a recent study by the University of California, Los Angeles, 83 percent of the Asian American labor force with high school degrees or lower has filed unemployment insurance claims in California -- the US state with the highest population of Asian Americans -- since the onset of the coronavirus's spread.

Simultaneously, new research shows that discrimination against Asian Americans is rising, with over 2,300 Asian Americans reporting incidents of bias as of July 15, the Asian Pacific Policy and Planning Council said in late July.

As of Tuesday morning, the United States has reported more than 4.71 million COVID-19 cases, according to Johns Hopkins University.