WORLD US should allow WHO teams access to its facilities, says renowned Singaporean scholar

US should allow WHO teams access to its facilities, says renowned Singaporean scholar 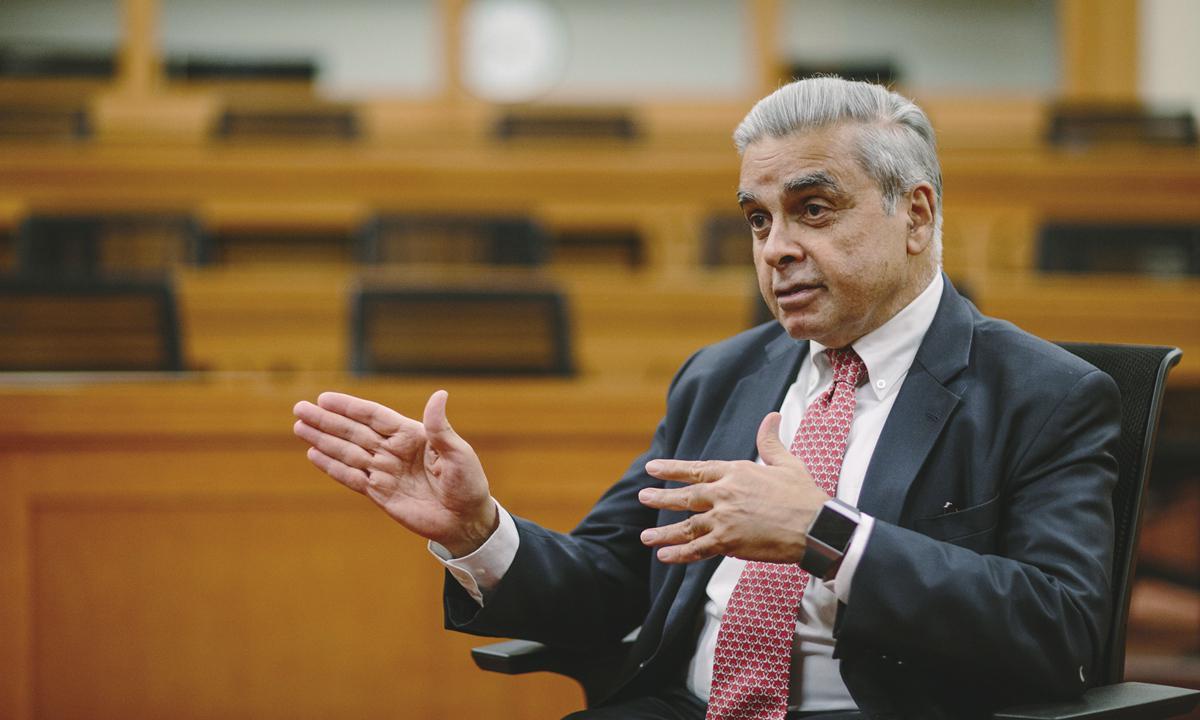 Singaporean political scientist Kishore Mahbubani voiced his objection to politicization of the tracing of coronavirus origins and called for the US to allow WHO teams to access its own facilities, in a recent interview with the Global Times.

"The US should declare that it is willing to give WHO teams access to its facilities. In that way, the US will set an example for others to follow," said the scholar, a distinguished fellow at the Asia Research Institute of the National University of Singapore.

Since the outbreak of the COVID-19 pandemic, the US and some Western countries have been trying to stigmatize and politicize the origins of the epidemic. They have hyped the so-called lab leak theory and tried to turn the process of investigating where the virus came from into a campaign against China. US President Joe Biden in May ordered the country's intelligence community to investigate whether the virus originated from a laboratory. It's widely believed his target was the Wuhan lab.

"Recently, I watched an interview with a Dutch member of the WHO team that went to China. She said on the BBC that if the Biden Administration has new evidence on the origins of the virus, it should share that evidence," the Singaporean scholar said, emphasizing that the evidence has not been shared.

Mahbubani stressed that scientific evidence is best left to the scientists and it's very dangerous when politicians try to make capital out of scientific issues.

He said it's important to allow multilateral organizations complete independence in their investigations. Mahbubani emphasized that every country should agree to allow WHO teams to visit and provide access to their facilities to enhance the credibility of the WHO. "It's not fair to say that China should allow access, and that other countries do not have to allow access," he noted.

Since the beginning of the COVID-19 pandemic, China has demonstrated a scientific, professional, serious and responsible attitude on the issue of traceability of the origins of the virus. China was the first to engage in cooperation with the WHO on the matter. Since last year, China has invited WHO experts twice to conduct tracing research in China. Earlier this year, a 34-member WHO-China joint expert team carried out a 28-day research mission in Wuhan. During their visit, WHO experts analyzed data, conducted field visits and communicated with peers.