WORLD US should have heeded Lee Hsien Loong's advice

US should have heeded Lee Hsien Loong's advice 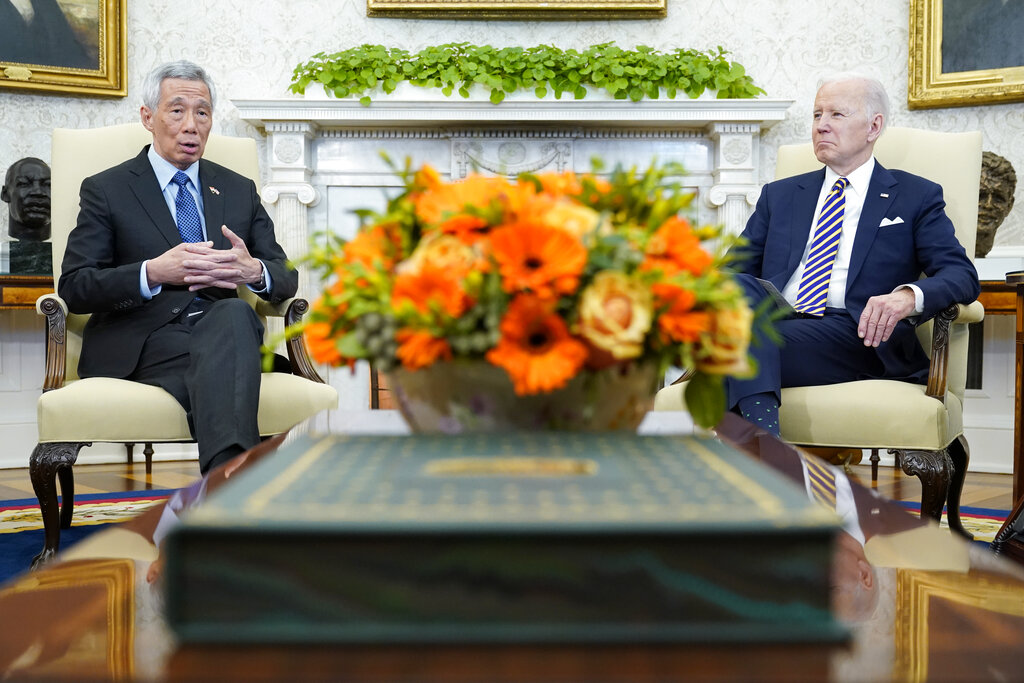 Singaporean Prime Minister Lee Hsien Loong is on an eight-day visit to the US. Lee mentioned many times the solidarity and cooperation of the international community. He reminded Washington that if the US cuts off China, "the price is very high." He also emphasized that the Indo-Pacific Economic Framework should be built "on a win-win basis," and "as a way to engage the region and not just on strategic or security and potentially hostile basis."

This is not the first time that Lee raised kind reminder to Washington. He has expressed similar views many times before, including describing the two superpowers, China and the US, as "conjoined twins," and warning that clash between the two powers would be a disaster for the world. In addition, Lee has many times expressed the attitude that Singapore cannot take sides.

Singapore is one of the US' closest partners in Southeast Asia, though not a formal treaty ally. Former US president Barack Obama once said Singapore is an anchor for the US presence in the region. At the same time, Singapore has significant influence in ASEAN. Therefore, Lee's remarks are sincere to Washington and representative and symbolic in ASEAN.

"When elephants fight, it is the grass that suffers." This phrase is being brought up more and more frequently today, which reflects a sense of realistic anxiety. ASEAN countries are reluctant to be forced to take sides between China and the US, and they are more worried about becoming a wrestling ring in the game of major powers. Singapore can be regarded as one of the countries that have achieved a relatively good balance between China and the US. But with the promotion of the US' strategic containment against China, it has become more and more difficult to maintain this balance. It is noticeable that when Lee made objective remarks on China-US ties this time, he was labeled a "Beijing whisperer."

But in any case, even if the US covers its ears, wears a blindfold and exerts brute force, it still cannot change the reality that the US' Indo-Pacific strategy is unpopular in the region. Indonesian Foreign Minister Retno Marsudi recently said publicly that the US needs a stronger economic agenda for the Asia-Pacific region, as opposed to its current focus on security issues. "What the people want is prosperity, not only security... our people will ask what is the meaning of developing the concept if ['the Indo-Pacific strategy'] doesn't bring economic benefits for the people," she noted. ASEAN countries are generally aware that the US only wants to create a "bridgehead" against China in the region.

For a while in the past, some countries believed that if they made enough concessions, the US could provide enough support to them. However, it has been proven time and again that US promises are like window paper. Washington's "America First" agenda, which only cares about itself and not others, has made some countries suffer and made others more alert. Singapore had actively embraced the US-sponsored Trans-Pacific Partnership (TPP), but it ended in vain, with the US withdrawing from the agreement. Today, the US is trying to promote another NATO in the Asia-Pacific and expand NATO to the region, embedding more risks of conflict in the region.

As a country embedded in globalization, Singapore cannot afford a geopolitical confrontation between major powers and attaches particular importance to the security and stability of its surrounding environment. Thus, it is extraordinarily sensitive to geopolitical risks and has a forward-looking judgment on the situation. In the past two years, Singaporean politicians have warned on various occasions that the Asia-Pacific region is moving in a very dangerous direction and have repeatedly expressed their call for the US to accept China's rise, and that they "don't wish to be forced into making invidious choices," while stressing that this is also in the fundamental interests of the US. Such voices of reason, however, are often ignored by Washington.

An unavoidable reality is that though the US wants to weave a tight net to besiege China, the net cannot withstand scrutiny. Be it the Five Eyes alliance, Quad or AUKUS, none of the members are ASEAN countries. Public opinion has noticed that at the press conference after US President Joe Biden met with Lee Hsien Loong, Biden mentioned the Indo-Pacific six times, but Lee hardly used this term which is an American concept that carries strong bloc politics, and chose "Asia Pacific," a clear indication of a gap with the US' stance.

A just cause has many helpers while an unjust one finds few followers. No force can run counter to the trends and hearts and minds. Even though Washington can continue to fool the public opinion, it cannot fill up the hollowing out of the Indo-Pacific strategy. If Washington cannot even listen to the advice of Singapore, a close ally, reality will teach it a profound lesson.