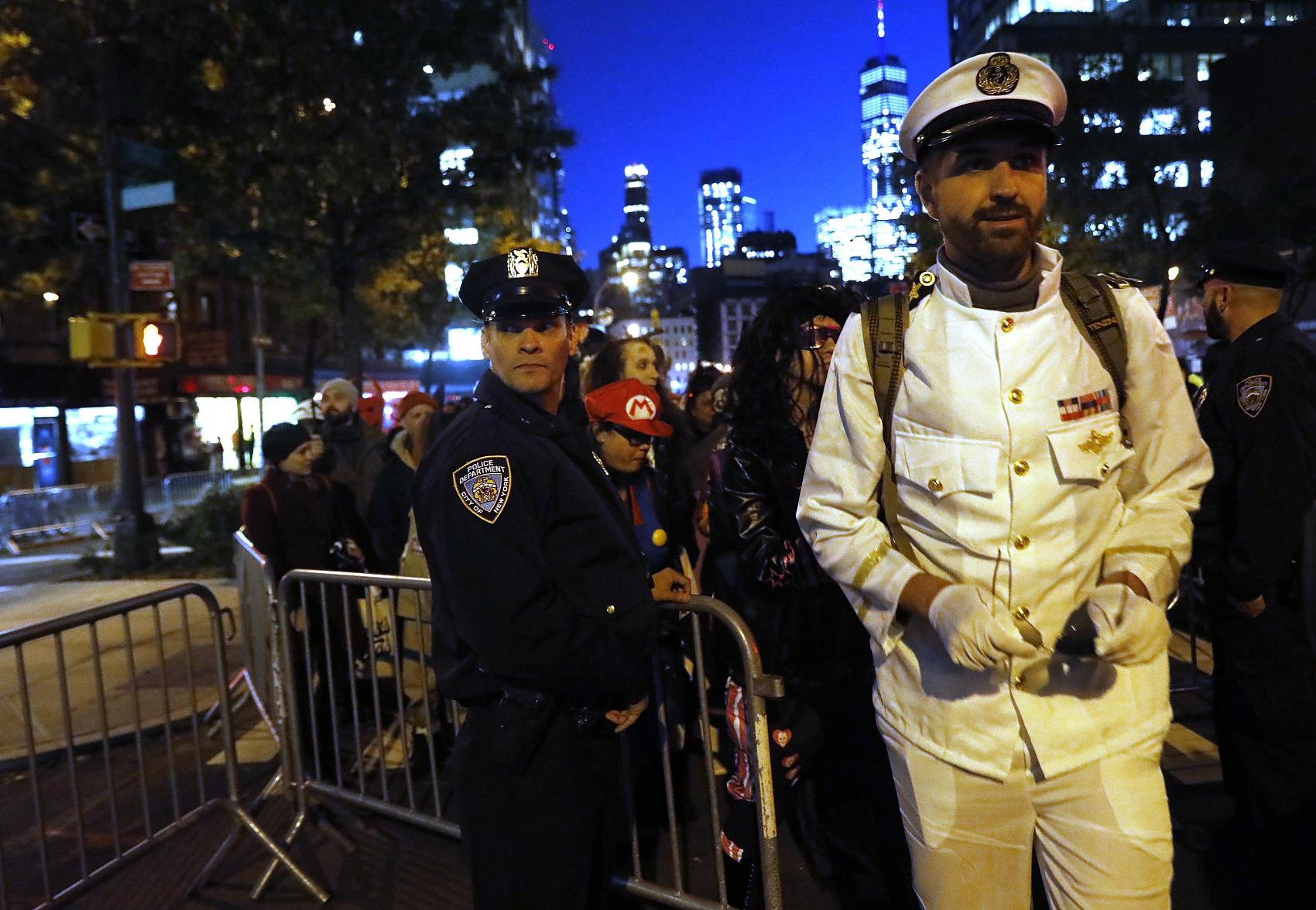 The New York Police Department  officers stand guard during the annual Halloween parade after a vehicle driving onto a bike path in Lower Manhattan on October 31, 2017 in New York City. (Photo: VCG)

On the sunny afternoon of November 1 in New York, residents were hurrying home to celebrate Halloween.

At around 4 pm, classes ended at Stuyvesant High School in lower Manhattan and the students began to come out to board their school buses. Just at that moment, a white pickup truck drove into the cycling lane and hit people before colliding with a school bus.

The New York Police Department said the truck driver killed eight people and injured over a dozen others. The death toll is estimated to rise, it said.  Police shot and wounded the 29-year-old driver and is in their custody. He came to the US in 2010. One official said he had rented the truck in New Jersey.

According to The New York Times, New York City Mayor Bill de Blasio declared the rampage a terrorist attack and federal law enforcement authorities were leading the investigation. After the attacker got out of the truck, he was heard yelling, “Allahu akbar,” Arabic for “God is great.”

Mr. de Blasio said at a press conference that based on information collected at that time, this was an act of terror and a particularly cowardly act of terror aimed at innocent civilians. He said the attacker wanted to dampen the spirit of Halloween.

In fact, all holidays, not just Halloween, could be targeted in the future by “lone wolves.” Can the US eliminate these threats entirely?

New York City Police Commissioner James O' Neill said at the press conference that authorities are trying to determine if the suspect is part of international terrorist groups. If he is, then this would prove that international terrorist groups still function inside the US. The US federal government should focus their efforts on curbing domestic attacks rather than sending more troops overseas to fight the “terrorists.”

If the suspect is connected to terrorist groups, then US policy on terrorism should be revised.

According to the New York Times, the 29-year-old man shouted “Allahu akbar.” There must be great resentment from that community to a US policy which targets Muslims. The Trump administration issued a series of measures against Muslim passengers from certain countries, making it extremely inconvenient to travel to the US. These could be effective only in the short run.

A new policy is needed to target the root of the problem. For instance, the US should pay closer attention to eliminating poverty and economic development in those countries.