Washington (People's Daily) - The US signed a peace agreement with Taliban militants on Saturday aimed at bringing an end to the 19 years of the Afghanistan war, according to media reports. 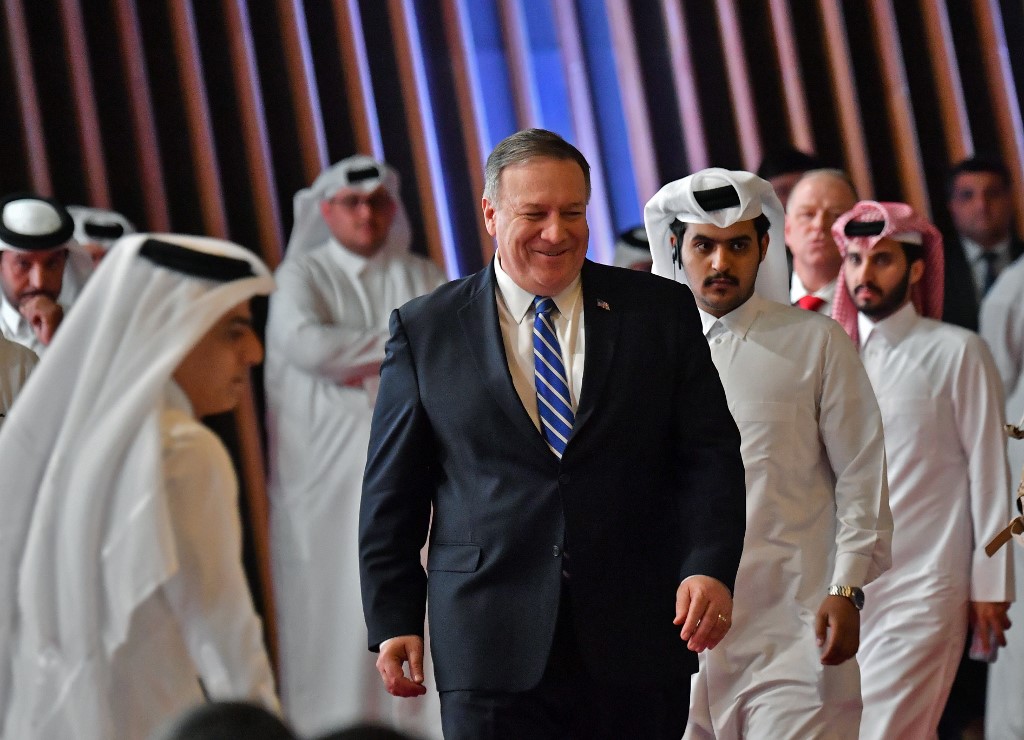 US Secretary of State Mike Pompeo arrives to the signing of a US-Taliban agreement in the Qatari capital Doha on February 29, 2020. (Photo: AFP)

According to the agreement, the US and its alliances will prepare to withdraw their troops and quit the war in the future.

Under the agreement, the US would draw its forces down to 8,600 from 13,000 in the next 3-4 months, with the remaining US forces withdrawing in 14 months. The complete pullout, however, would depend on the Taliban meeting their commitments to prevent terrorism.

US Secretary of State Mike Pompeo attended the ceremony in Qatar, where the Taliban have a political office, but did not sign the agreement. Instead, it was signed by US peace envoy Zalmay Khalilzad and Taliban leader Mullah Abdul Ghani Baradar.

Addressing reporters after the signing ceremony, Pompeo said the US will do whatever is necessary for its security if the Taliban do not comply with the agreement.

But It's hard to say that the US' Afghanistan war will end soon after signing the peace agreement.  Negotiations involving various parts of Afghanistan have not yet begun. Although, the US is prepared to withdraw all troops from Afghanistan in 18 months, there is a prerequisite that the Taliban should stop violence and terrorism, which is vague. At the same time, when the US presidential election is over, US-Afghanistan policy may change due to new conditions.

In short, the US can hardly claim victory in a long and costly war. The Taliban currently hold sway over half the country.

"Today is the day of victory, which has come with the help of Allah," said Abbas Stanikzai, one of the Taliban's lead negotiators.